The Nexus of Monetary Policy and Shadow Banking in China

The Nexus of Monetary Policy and Shadow Banking in China

We estimate the quantity-based monetary policy system in China. We argue that China's rising shadow banking was inextricably linked to banks' balance-sheet risk and hampered the effectiveness of monetary policy on the banking system during the 2009-2015 period of monetary policy contractions. By constructing two micro datasets at the individual bank level, we substantiate this argument with three empirical findings: (1) in response to monetary policy tightening, nonstate banks actively engaged in intermediating shadow banking products; (2) these banks, in sharp contrast to state banks, brought shadow banking products onto the balance sheet via risky investments; (3) bank loans and risky investment assets in the banking system respond in opposite directions to monetary policy tightening, which makes monetary policy less effective. We build a theoretical framework to derive the above testable hypotheses and explore implications of the interaction between monetary and regulatory policies 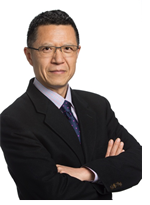 Tao Zha is Executive Director of the Center for Quantitative Economic Research (CQER) at the Federal Reserve Bank of Atlanta, Samuel Candler Dobbs Professor of Economics at Emory University, and Research Associate at National Bureau of Economic Research (NBER). He is an elected Fellow of the Econometric Society. His major fields of study are macroeconomics, financial economics, the Chinese economy, and econometrics. He has published numerous articles in academic journals such as Econometrica, NBER Macroeconomics Annual, Brooking Papers for Economic Activity, Journal of Political Economy, Review of Economic Studies, and American Economic Review. Three of his articles have been cited by the 2011 Nobel Economic Sciences Prize Committee. He has served on editorial boards of various academic journals, including Econometrica, Quantitative Economics, American Economic Journal: Macroeconomics, Journal of Econometrics, and Journal of Applied Econometrics. He obtained his Ph.D. in Economics from the University of Minnesota in 1992.