The Third China International Conference in Macroeconomics (CICM) was held on June 28-30, 2021 in the Lakeview Hotel in Beijing, China and simultaneously online via the Zoom platform. Near 150 scholars from well-known colleges including Massachusetts Institute of Technology, Princeton University, University of California, Berkeley, Yale University, Duke University, Toronto University, London School of Economics, Peking University and Tsinghua University gathered and discussed significant issues on Macroeconomics under the background of new development paradigm. 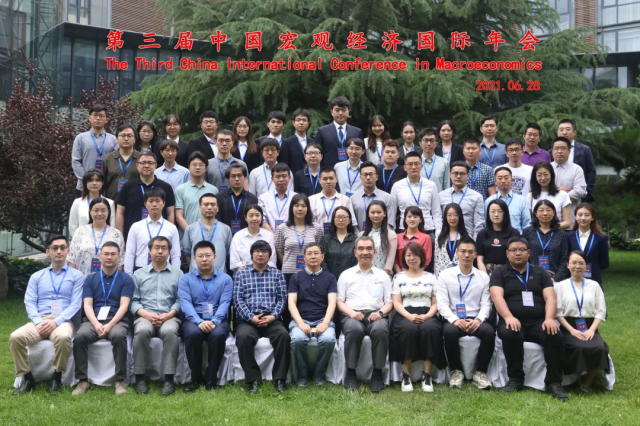 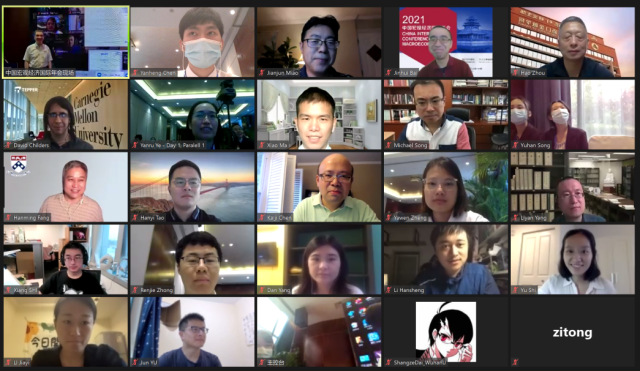 The event was jointly sponsored and organized by Institute of New Structural Economy at Peking University (INSE), Tsinghua University PBC School of Finance (PBCSF) and China Forum of Macroeconomic Research (CFMR). The conference was in English and featured two keynote speeches, eighteen parallel academic sessions and two lecture series. The live-streaming of the conference was well received by scholars, experts and student in economic and financial fields, and amassed more than 18,000 views in three days. 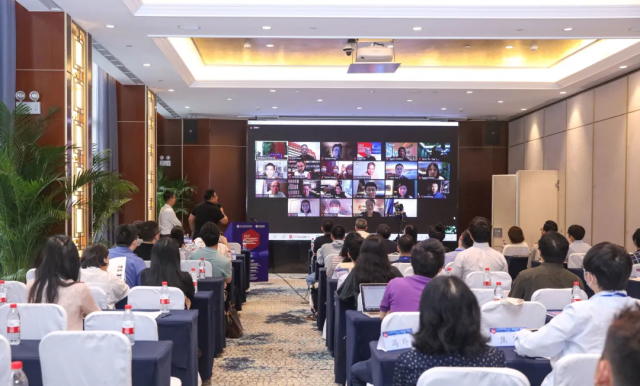 Jianjun Miao extended his gratitude to co-organizers and the online participants from different time zones around the world for making this conference possible during the pandemic. He introduced that the lecture series were new this year, and expressed expectations for lively discussions on cutting-edge research topics with economists around the world. 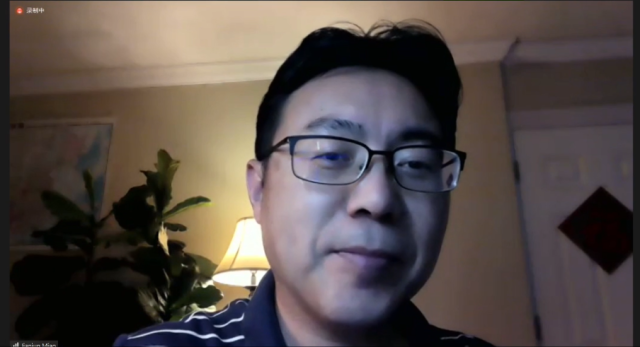 The topic of Fabrizio Zilibotti’s keynote speech was “From imitation to innovation: Where is all that Chinese R&D going?”. He combined the static resource misallocation model and the dynamic resource allocation model to study the effect on imitation or innovation on economic growth. Results showed that when the total factor productivity (TFP) is at lower level, technological imitation of enterprises could better promote output growth; while when TFP exceeds certain level, the technological innovation will be more conducive to economic growth than imitation. He noted that the R&D investment stimulated by the government also has promoted China's economic growth in recent years.

Ravi Bansal's keynote speech was entitled "Uncertainty-induced Reallocations and Growth". Through the endogenous growth model of macro-finance, he analyzed how increase in uncertainty would lead to allocation of capital towards safer assets, and thus lead to reduced investment in R&D of firms. The combination of these two influences will contribute to redistribution of wealth in the society, and slower economic growth in the long run. 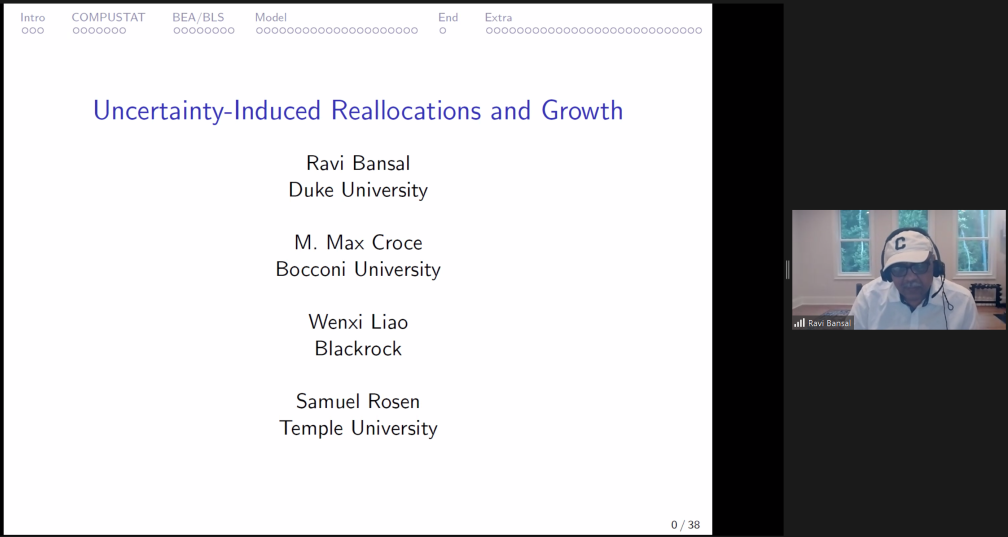 Jianjun Miao's lecture was about "Asset Bubbles and the Macroeconomy". He argued that the nature of a bubble is the movement caused by difference between the subjective self-fulfilling over-estimated value and the fundamental value. Asset pricing bubbles show duality of both rational and irrational factor. He proposed that the bubbles can serve as a variable to be introduced into the analysis framework of macroeconomics, the Dynamic Stochastic General Equilibrium (DSGE) model, to improve the efficiency of policy analysis and economic forecasting.

Xiaodong Zhu's lecture was themed "Migration Barriers in China: Micro Evidence and Macro Effects". He showed that the huge differences in labor productivity across regions and between rural and urban sectors in China, was largely due to the migration barriers caused by the Hukou registration system. The measurement of migration barriers is a challenge, and a structural model may be needed to study the macroscopic effects of migration barriers. Future research should focus on combining micro-measurement and macro-quantitative analysis. 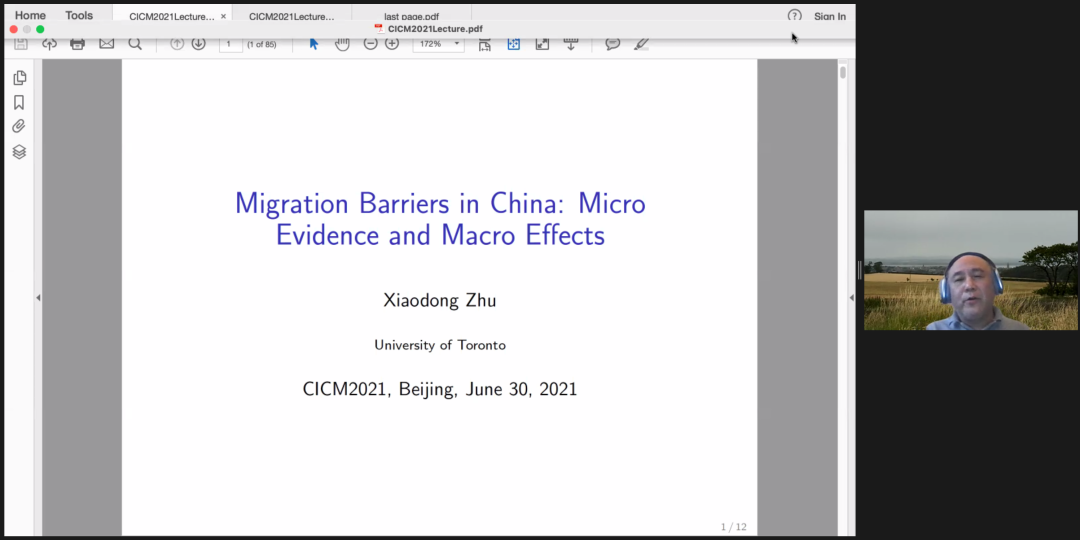 Participants presented and discussed the cutting-edge research on topics in the fields of Macroeconomics in 18 parallel sessions, with the topics ranging from Chinese economy, growth and development, New Structural Economics, wealth and consumption, migration, firm and labor frictions, international macro and financial crisis, fiscal and monetary policy, fintech, networks, to asset pricing and asset bubbles, etc.. 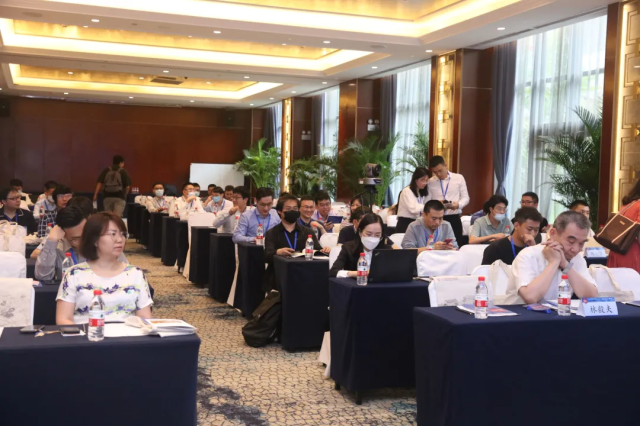 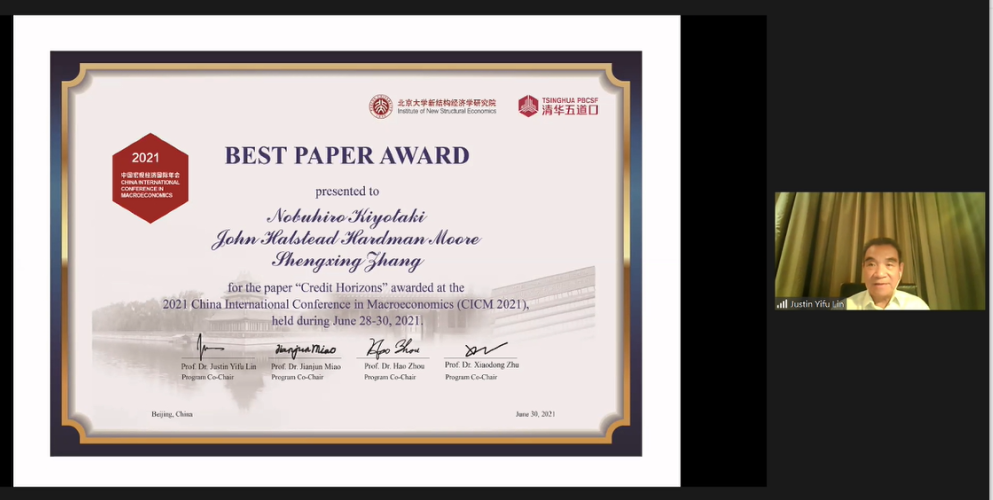 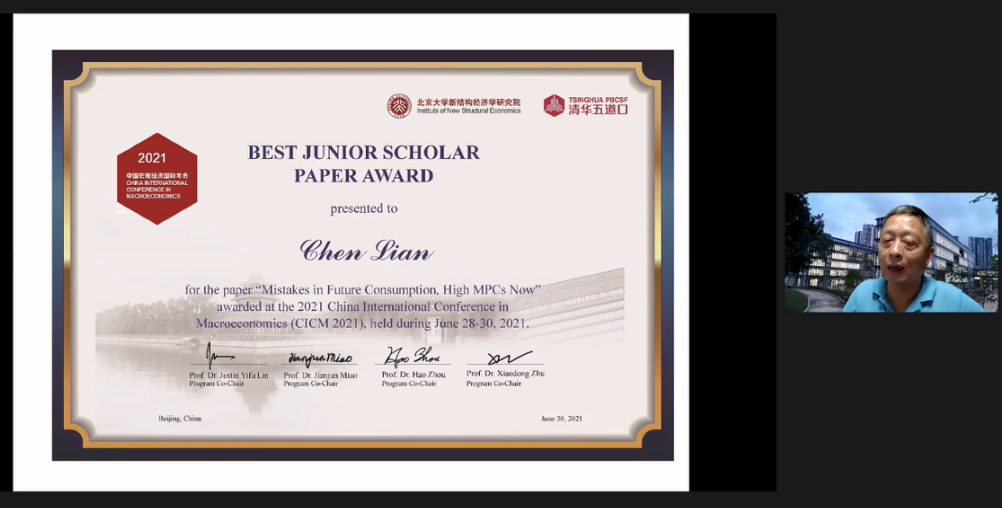 The CICM 2021 Best Paper Award was presented by Prof. Justin Yifu Lin to the paper Credit Horizons by Nobuhiro Kiyotaki from Princeton University, John Moore from the University of Edinburgh and Shengxing Zhang from the London School of Economics. Their paper queries the explanatory power of the cash flow and asset price factors that determine the corporate borrowing capacity in conventional theories. By introducing human capital factors, a deep linkage is revealed between the inalienability of human capital, the horizon of credit, and endogenous productivity growth. Prof. Lin pointed out that the insights of this paper sheds light on the current status of China’s macroeconomy. 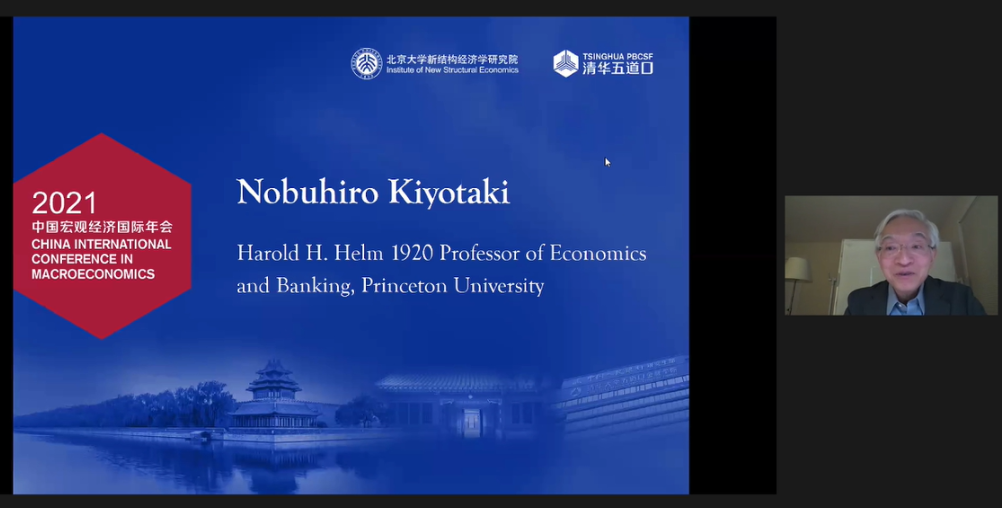 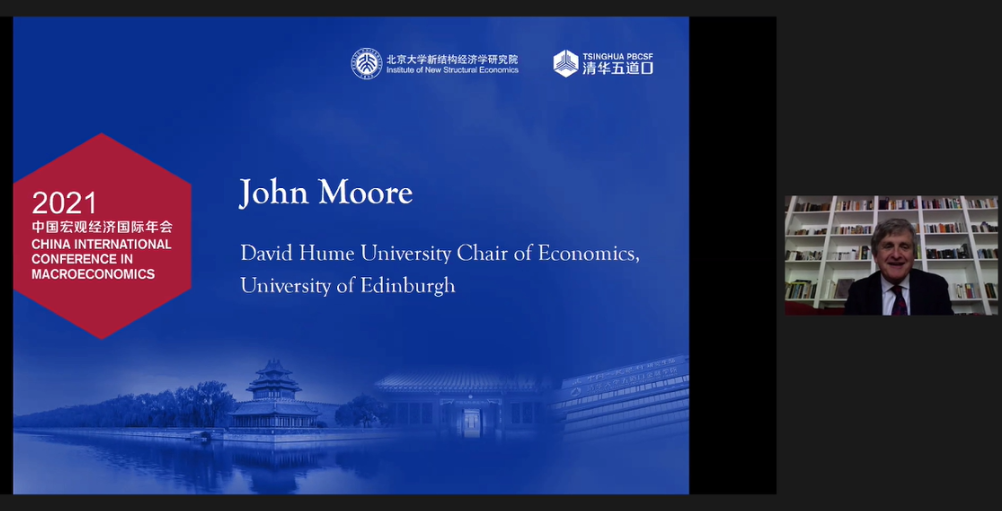 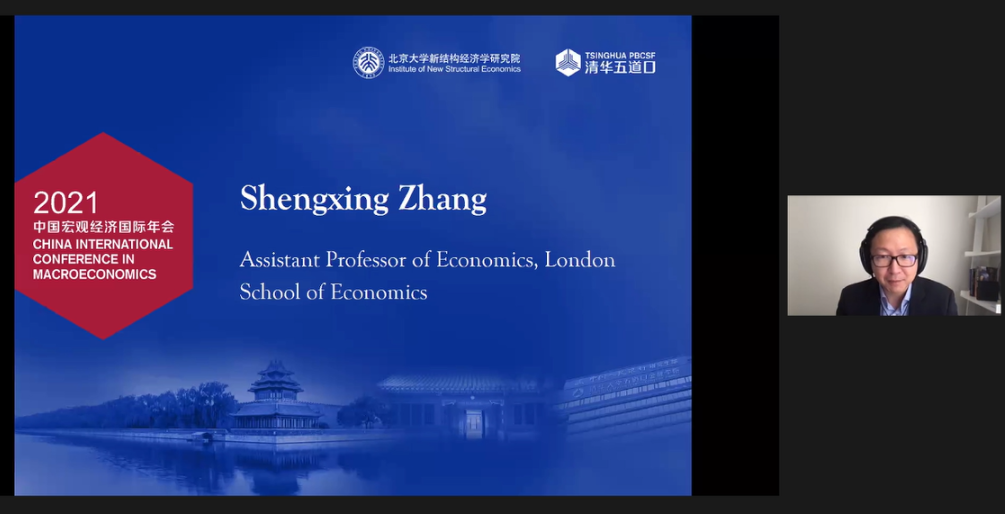 The CICM Best Junior Scholar Paper Award was presented the paper Mistakes in Future Consumption, High MPCs Now by Lian Chen from University of California, Berkeley. Based on the rationale of the classic intertemporal consumption model, Chen uses the microeconomic model to further demonstrate the empirical confusion of existing theories, such as the contradiction between high marginal propensity to consume and violation of the principle of substitutability. The method Chen proposed can accommodate a wider range of behavior errors, and has strong predictive and explanatory power in more complex environments. At the closing ceremony, Prof. Hao Zhou, pointed out that because of the demanding requirement of the program committee, the quality of papers entering the program was very high. In the future, the conference will continue maintaining its high academic standards, and strives to becoming the leading academic conference in macroeconomics in China and even in Asia, with the joint efforts of the core participants. On behalf of the local organizing committee, Prof. Yong Wang thanked the conference staff and volunteers and announced the closing of the conference. 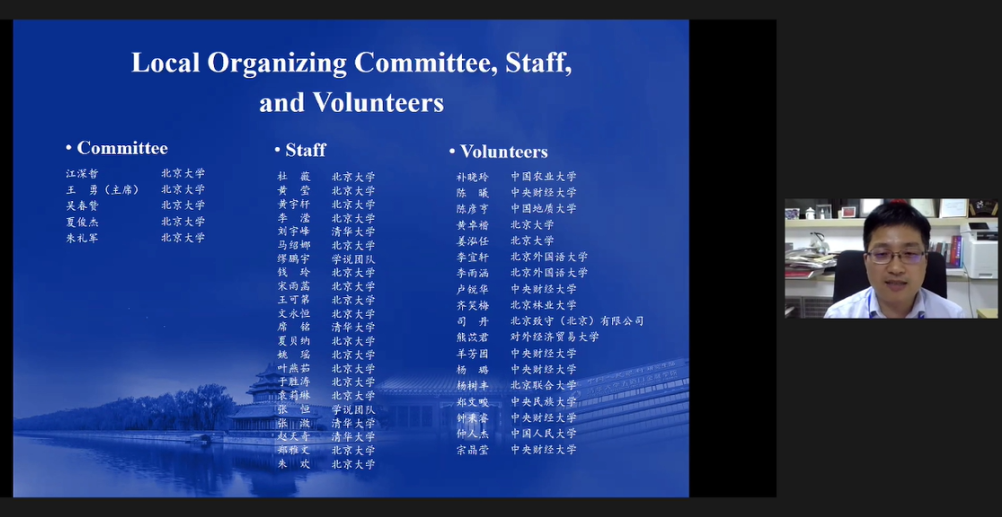 The fourth CICM will be held at SUSTech Business School, Southern University of Science and Technology in Shenzhen in June 2022. 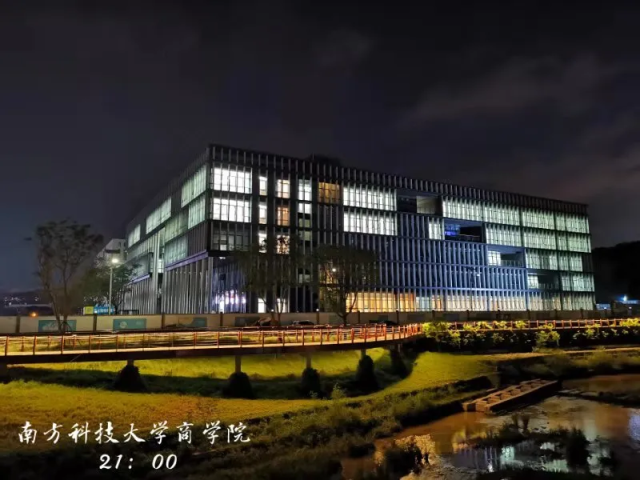