On August 28, 2019, during an official visit to China, the Prime Minister of the Republic of Uzbekistan, Abdullah Nigmatovic Aripov, met with Professor Yifu Lin, Dean of the Institute of New Structural Economics, at the Diaoyutai State Guesthouse. 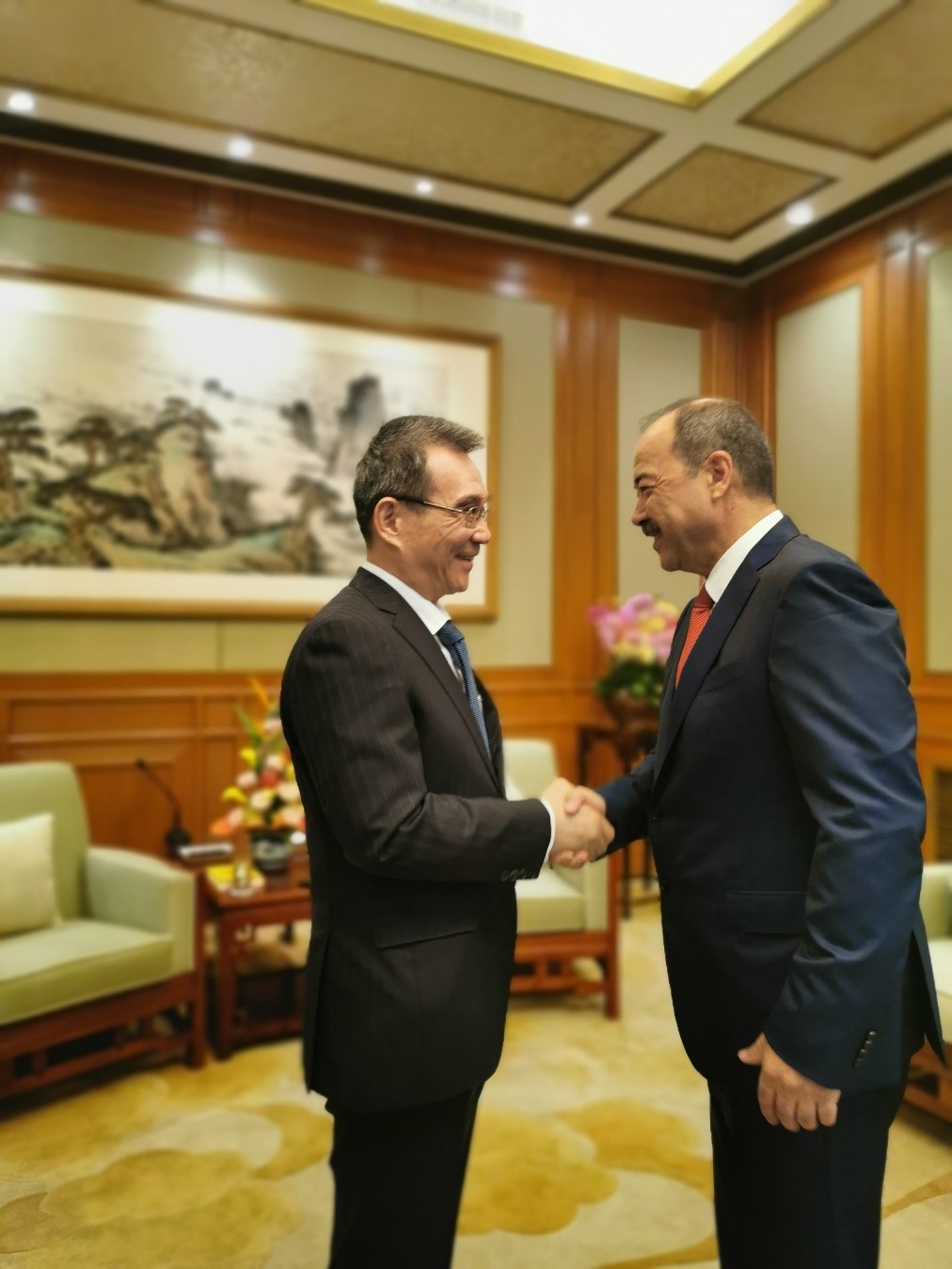 The Prime Minister began by congratulating Professor Lin on his achievements in the field of economics, whose many books on economic development have been translated into Uzbek, which have been widely circulated nationwide. The Republic of Uzbekistan welcome Professor Lin’s advice and insights on how to achieve rapid development, job creation and inclusive sustainable growth based on Uzbekistan’s comparative advantages.

Professor Lin warmly congratulated Uzbekistan on its achievements in the economic, social and political stability during the transition since 1991. Among CIS countries, only Uzbekistan and Belarus have achieved economic, social and political stability and sustained growth in the process of transition from a planned economy to a market economy, and Uzbekistan's overall performance is better than that of Belarus. This thanks to the wisdom and leadership of the former and current Presidents of Uzbekistan, the unity and execution power of the government, and the unremitting efforts of the people. 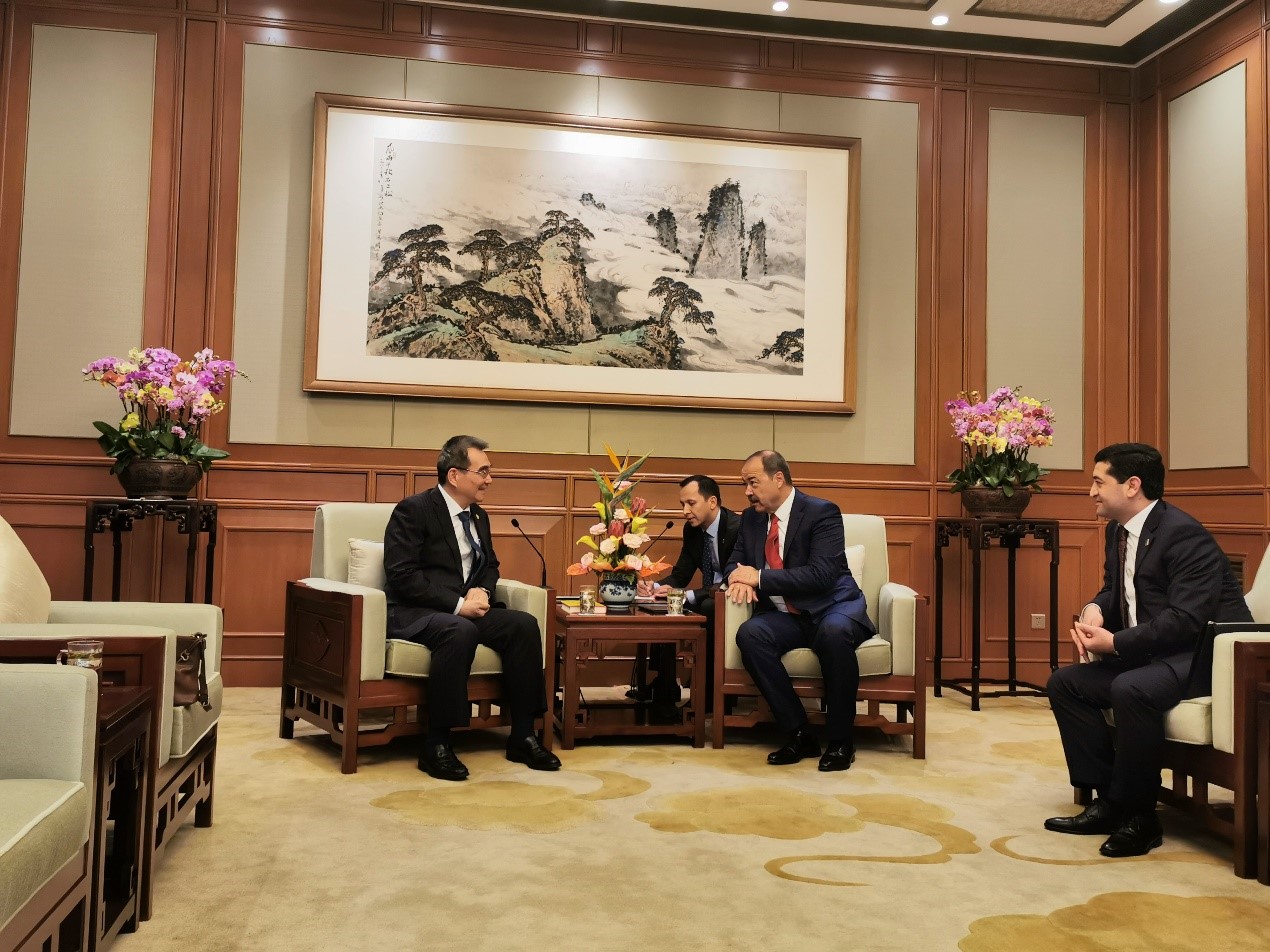 In 2017, at the invitation of Prime Minister Aripov and the approval of Chinese government, Professor Lin was appointed as the adviser of Uzbekistan government for economic transformation, particularly the development of manufacturing sector. Uzbekistan's comparative advantages lie in the abundance of high-quality labor force, developed animal husbandry, and strong willingness of the government. Based on its own advantages, Professor Lin proposed that the government should take the lead to build up industrial parks, attract foreign direct investment and leverage opportunities brought about by the Belt and Road Initiative to develop labor-intensive shoe-making and leather-processing industries, boost exports to CIS countries, Europe, China and the United States, which would lead to the breakthrough in Uzbekistan's industrialization. The Government of Uzbekistan may learn from China’s “head of government project” experience. The Chinese Prime Minister and provincial governors were directly in charge of investment promotion, industrial park construction, and ensured that all preferential policies were in place, to attract foreign direct investments and international buyers. Uzbekistan, like Ethiopia in Africa, can seize the window of opportunity of China's wage increase and international relocation of labor-intensive industries, focusing on shoemaking, leather and other labor-intensive processing industries, rapidly developing industrial clusters, and becoming a competitive international production base to achieve rapid economic transformation. Prime Minister Aripov pointed out that this was the wish of the Uzbek government. He picked up the pencil on the table and said that the orchestra's baton should be handed over to Professor Lin, and that the entire Uzbek government, like members of the orchestra, would follow Professor Lin’s command.

The meeting lasted an hour, during which Prime Minister Aripov promised to personally responding to Chinese entrepreneurs’ needs and demands, holding monthly meetings with entrepreneurs to address their problems. Both parties are unwavering about the prospects for Uzbekistan's development, and expressed their willingness to work side by side, and look forward to Professor Lin's visit to the "Uzbekistan Footwear Leather Industry Development Conference" to be held in Tashkent on October 16-18.

Mr. Bakhtiyor Saidov, the Ambassador of the Republic of Uzbekistan to China, and Dr. Jia Yu, Director of the Department of International Development Cooperation of the Institute of New Structural Economics at Peking University, also participated in the meeting. 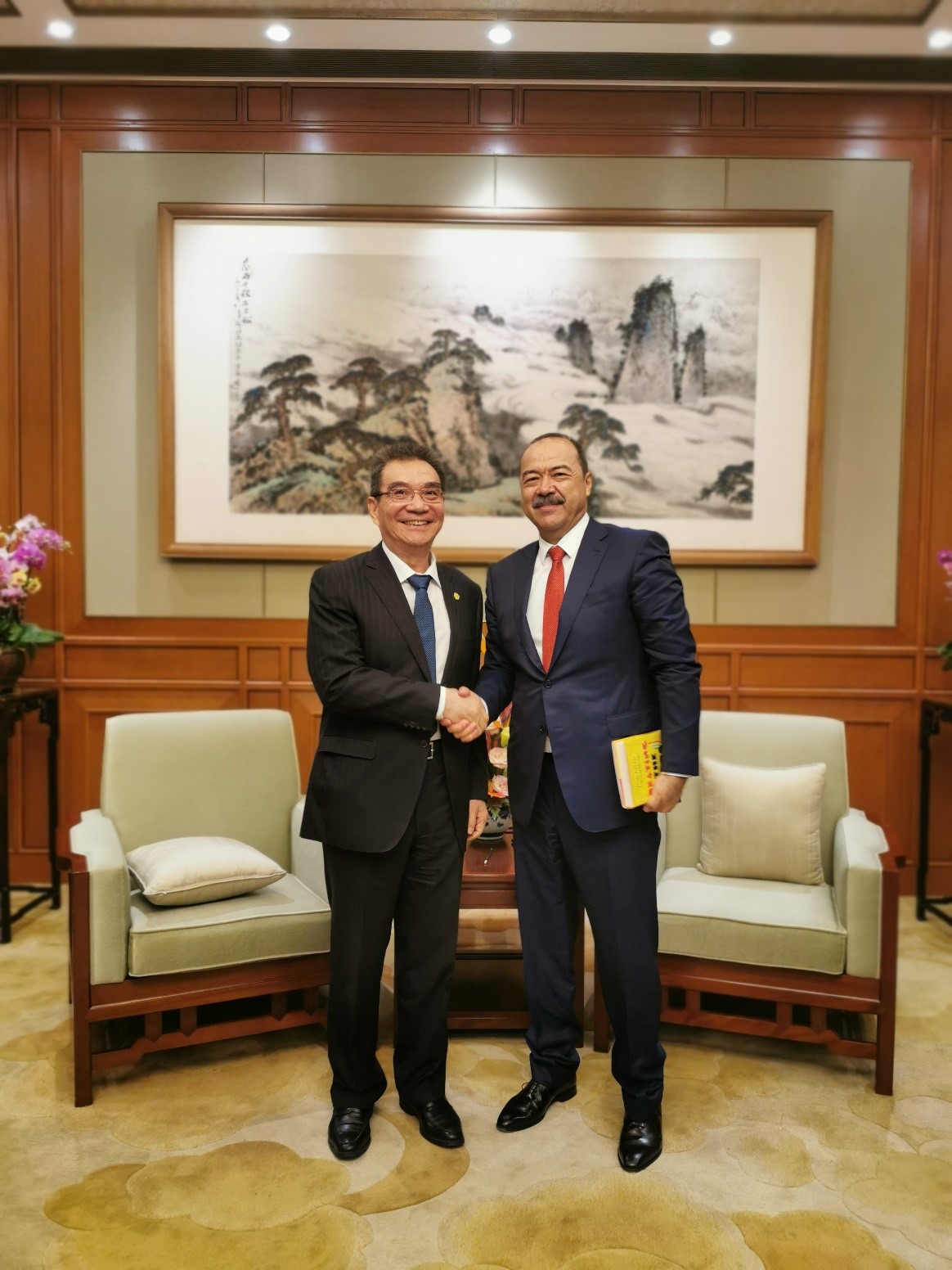