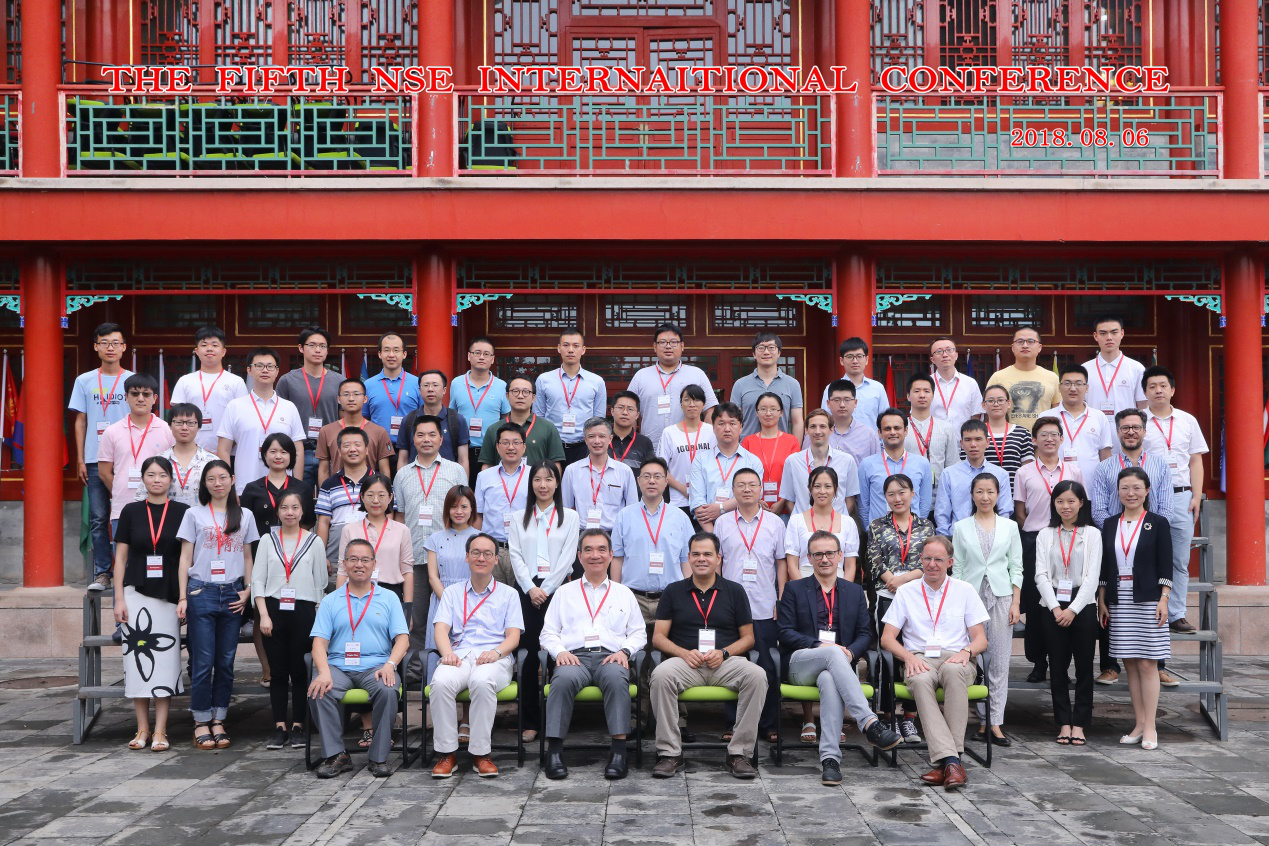 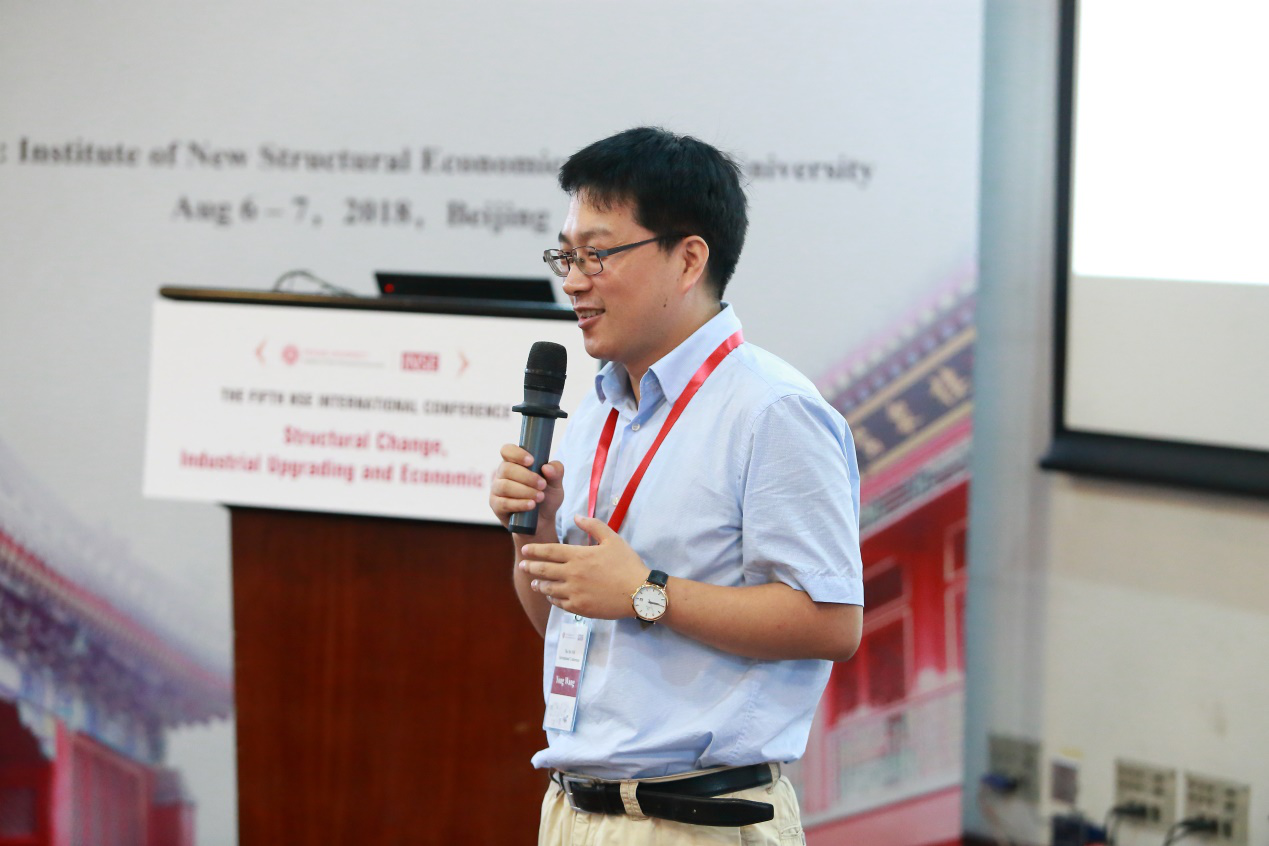 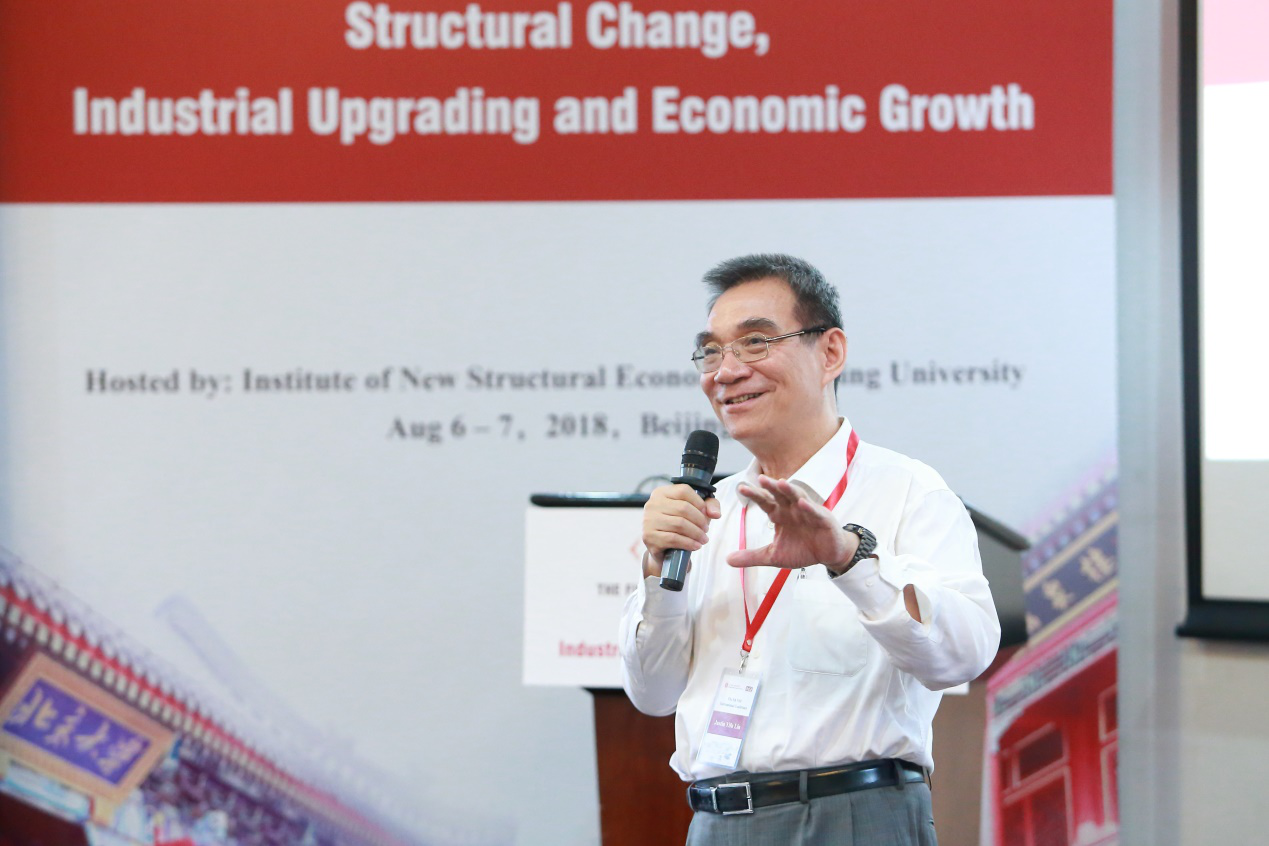 Professor Lin emphasized that a good theory is one that can help people not only better understand the world but also change it. He welcomed guests and scholars here to participate in the conference and cooperate with colleagues in the Institute of New Structural Economics, making contribution to this promising research field.

In the next two days, more than a dozen famous experts and young scholars from all over the world will give keynote speeches, present research papers, and conduct intensive academic discussions on structural change and economic growth.

15 Scholars were invited to share their latest researches in the conference,  and the Lecture Brief will be post in 4 days. Here is the Brief delivered in the morning of  6, August. 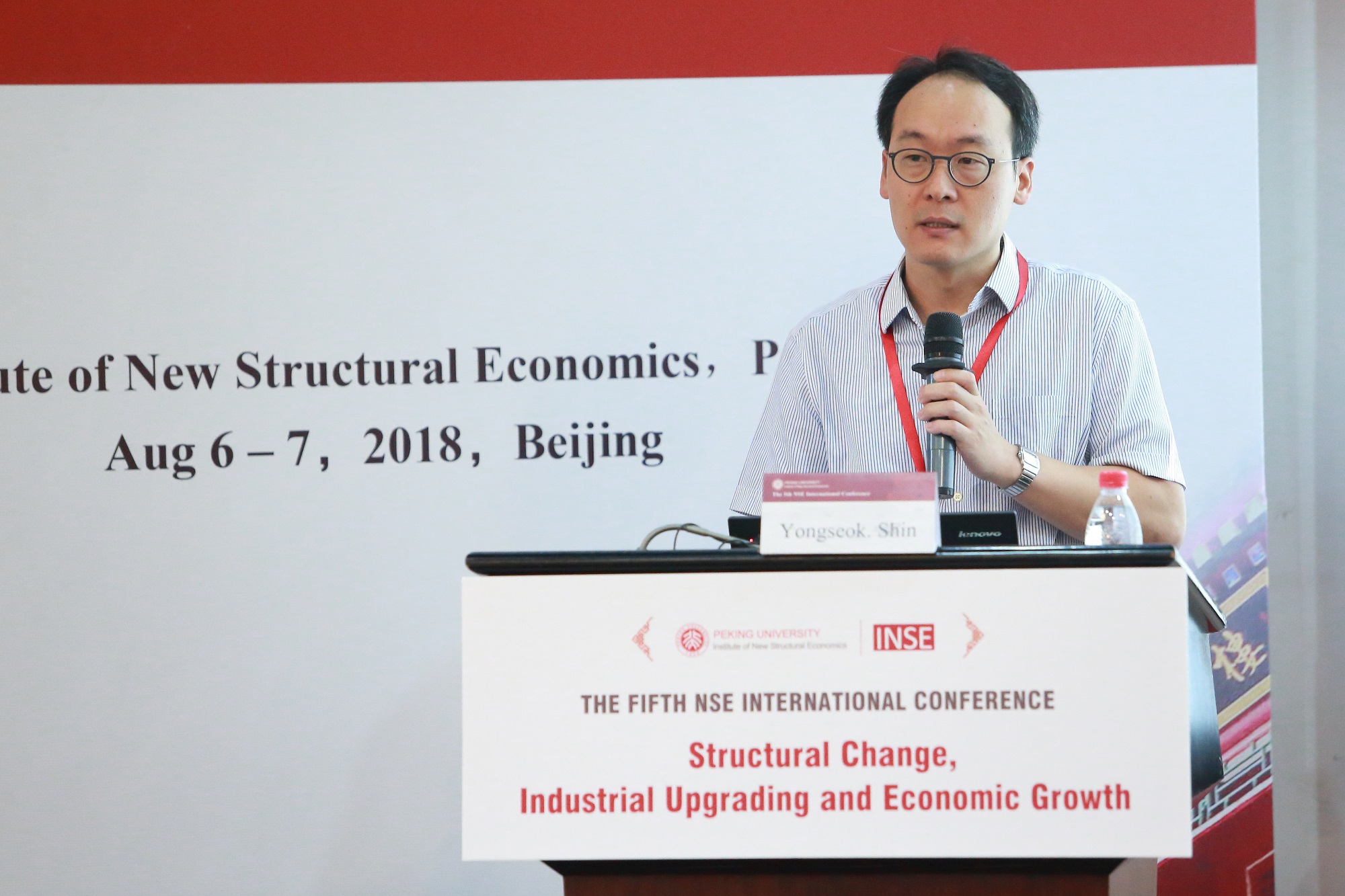 In the first keynote session on the morning of August 6, Professor Yongseok Shin from Washington University in St. Louis delivered a speech entitled "Macro Models with Occupational and Industrial Structure". His speech is based on two papers he recently completed with his co-authors:

The first paper focuses on the impact of task-specific technological change on the horizontal and vertical polarization in occupational structure. The paper proposes a novel framework that integrates the distribution of individual skills with the occupational and industrial structure of the whole economy. Individuals are heterogeneous on two dimensions, managerial skills and worker human capital. They become managers or workers based on their own skills, and workers then select into different tasks. Managers organize workers to produce sector-specific goods. Sectors differ in how intensively different tasks are used in production. Based on this model, the authors found that technological advances in middle-skill tasks lead to higher employment shares and wages (horizontal polarization) for relatively low- and high-skill occupations, and higher employment share and wage for managers relative to workers (vertical polarization). The authors also analyzed the heterogeneous effects on occupational structure polarization and total factor productivity growth among different sectors. 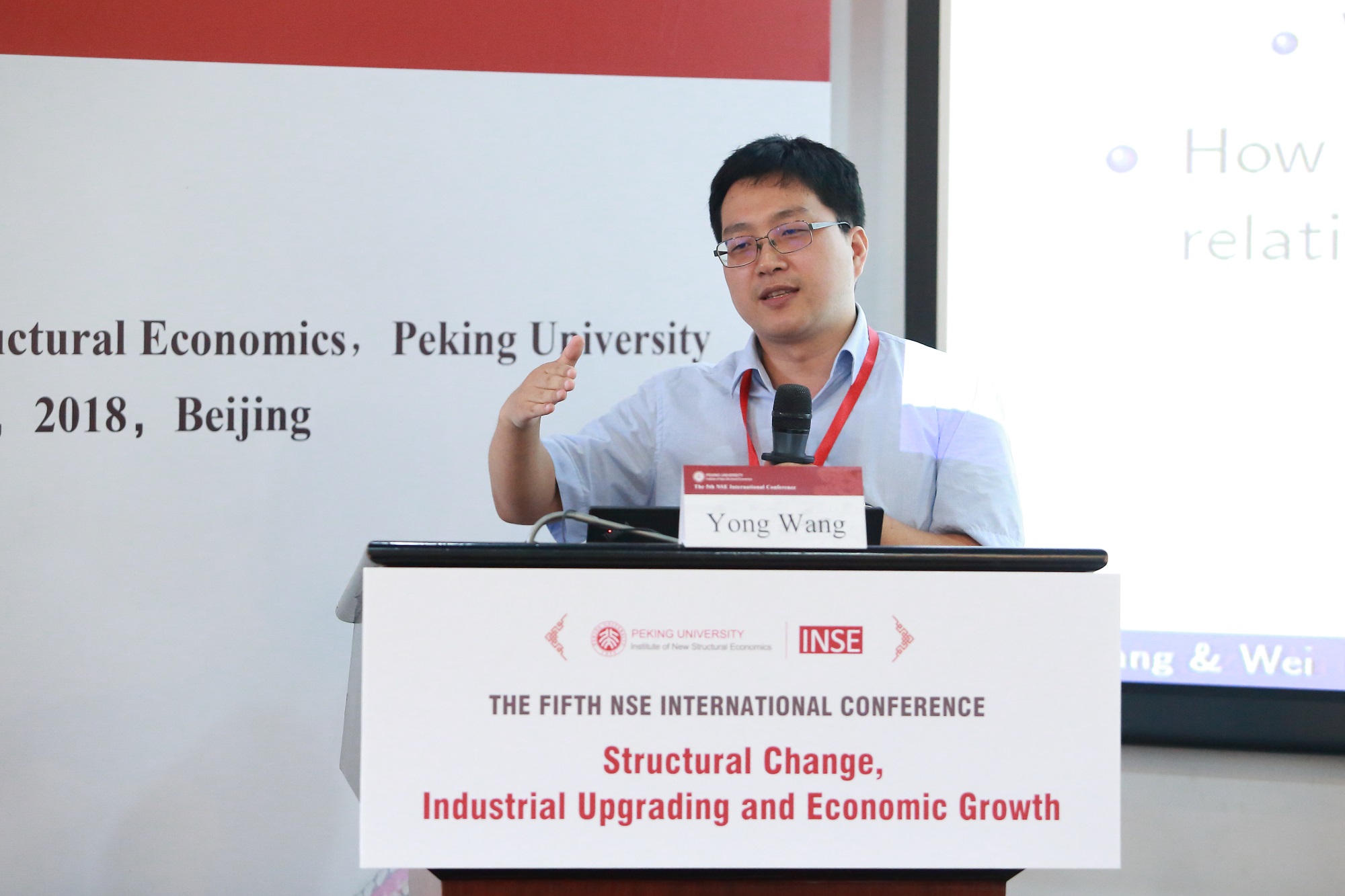 In a special speech on the morning of August 6, Professor Yong Wang, the academic deputy dean of the Institute of New Structural Economics, presented his research " Trade and Non-Convergence of Middle-Income Countries", co-authored with Professor Shang-Jin Wei from Columbia University.

In his research, Professor Wang built a “sandwich model” in international trade: there are three countries, S, M and N, representing low-income economies (South), middle-income countries and high-income countries (North), respectively. Under the framework of the horizontal innovation model, three countries have low, medium and high technical levels, respectively, which are characterized by different types of goods that can be produced and labor productivity. The three countries specialize based on comparative advantages, and the developed country (N) can carry out product innovation and expand the number of product types. 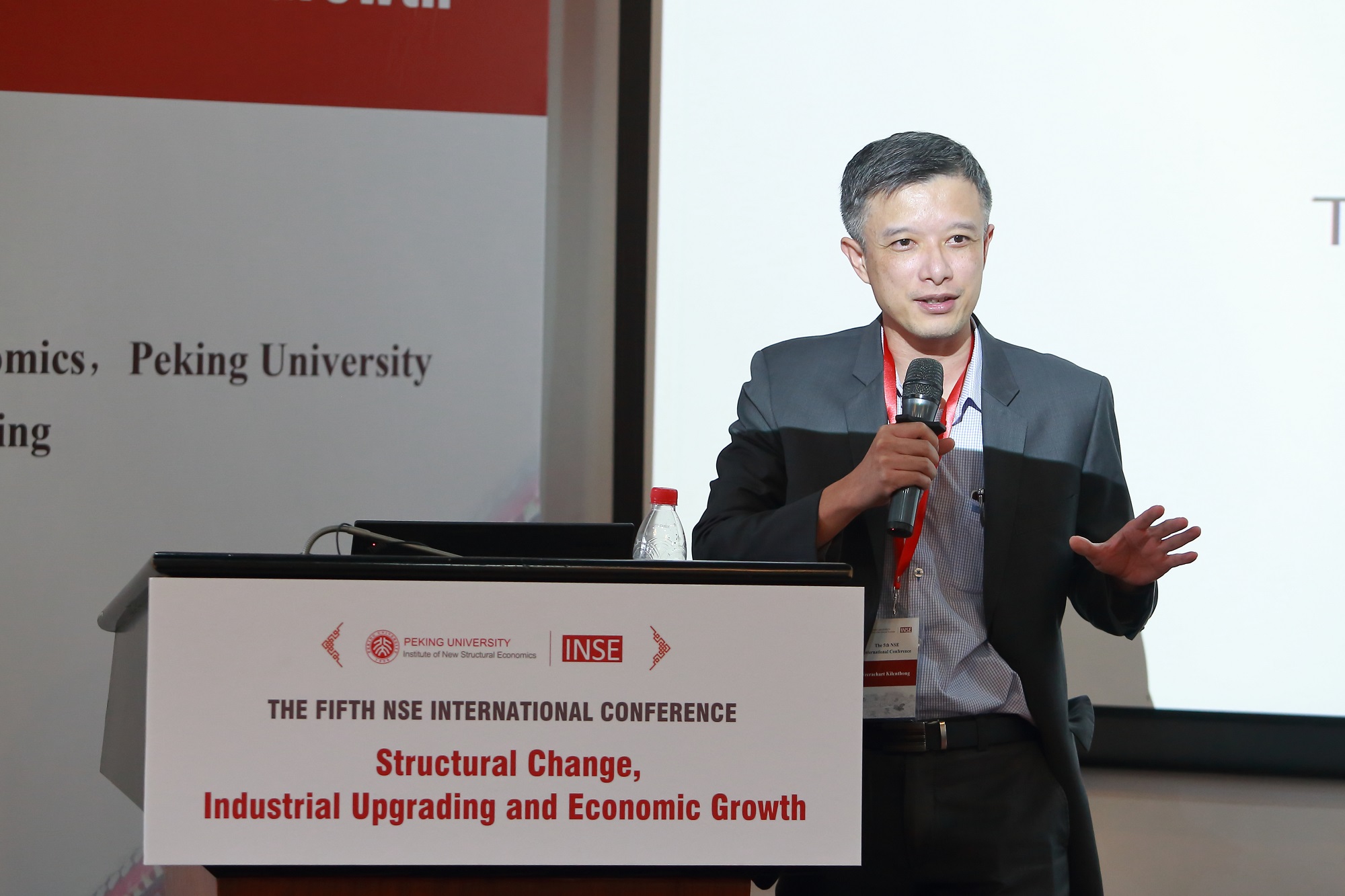 Professor Weerachart T. Kilenthong’s lecture evaluates an early impact of an early childhood curriculum intervention on child development in rural Thailand. The study finds that the new curriculum significantly improved child development in multiple dimensions, including gross motor, fine motor, language skill, and personal and social skills, and the results are robust. The main contribution of his study is that the approach of using the randomization of additional teachers as an instrument to overcome the endogeneity problem, potentially caused by an endogenous decision of teachers to adopt the new curriculum.

The second part of the lecture is mainly about the description of the RIECE data and the key variables. The advantage of the RIECE data is that it has both detailed household and school information in the same data set. The key variables in this study include: the RIECE Curriculum dummy variable, the intensity of teachers’ adoption (defined by the number of days per week that the teacher applied the new curriculum), teaching quality (evaluated by a team of early childhood educators who regularly visited each center) and the measurement of the child development (divided into five main skill sets according to the Developmental Surveillance and Promotion Manual Test: gross motor skill, fine motor skill, receptive language skill, expressive language skill and personal & social skill).

The empirical strategy is illustrated in the third part. The endogeneity problem of unobserved teacher characteristics is solved by using Heckman’s endogenous dummy variable estimation with the randomization of additional teachers as an instrument variable.

For more information, please follow us on Wechat where related news about the 5th NSE International Annual Conferen will be released in the following days.