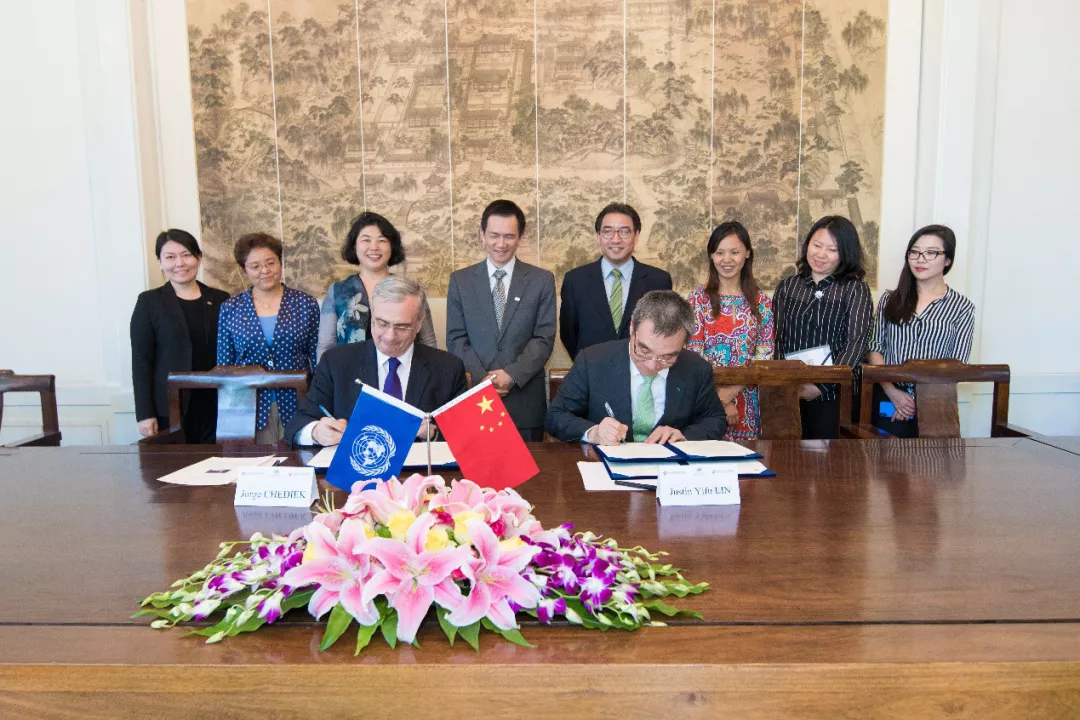 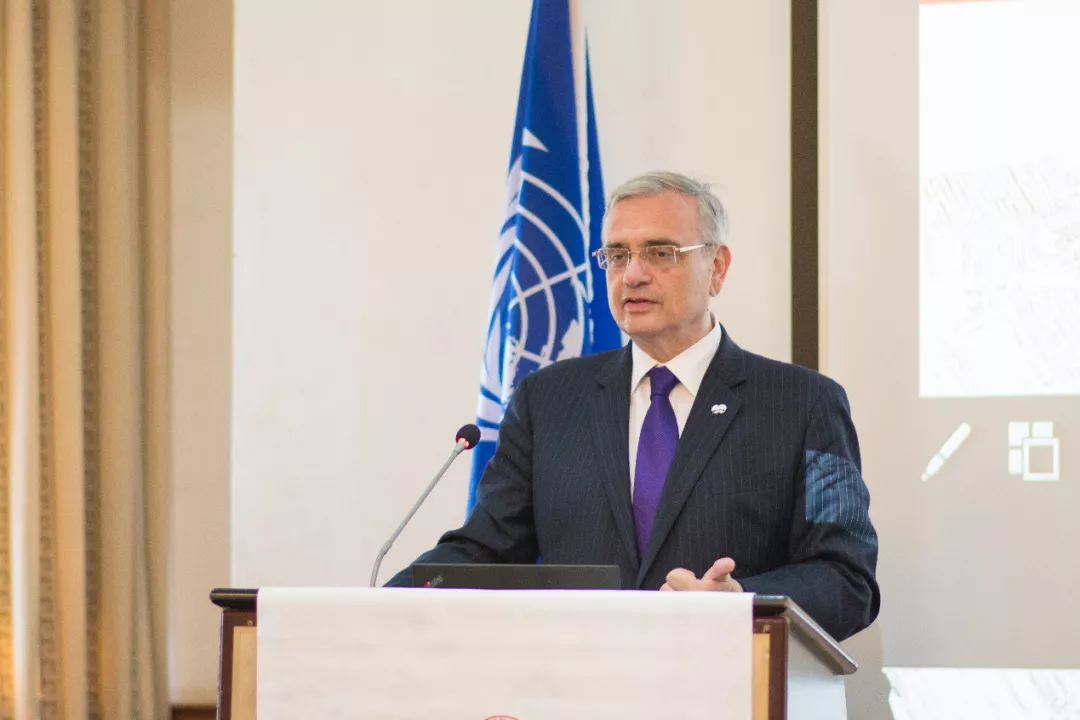 In his speech, Mr. Chediek pointed out that the experience of western developed countries is not necessarily applicable to developing countries in the South whose development starts relatively late from a lower level. While faced with similar stages of status, developing countries could share and learn from each other’s experiences in economic growth and development to other to boost economic growth, which was advocated and complemented by Prof. Justin Yifu Lin in comments. 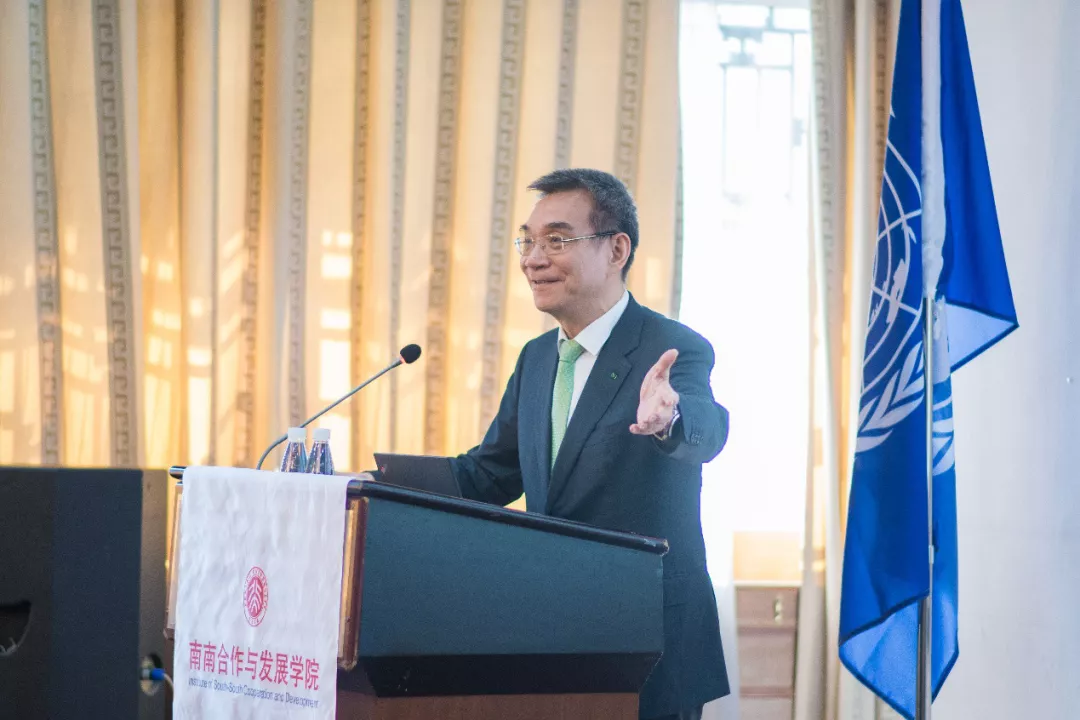 At the end of the meeting, Prof. Justin Yifu Lin, on behalf of INSE, and Mr. Chediek, on behalf of UNOSSC, renewed Memorandum of Understanding which was initially signed in 2016. Both parties agreed to maintain cooperation in the following areas of activity: 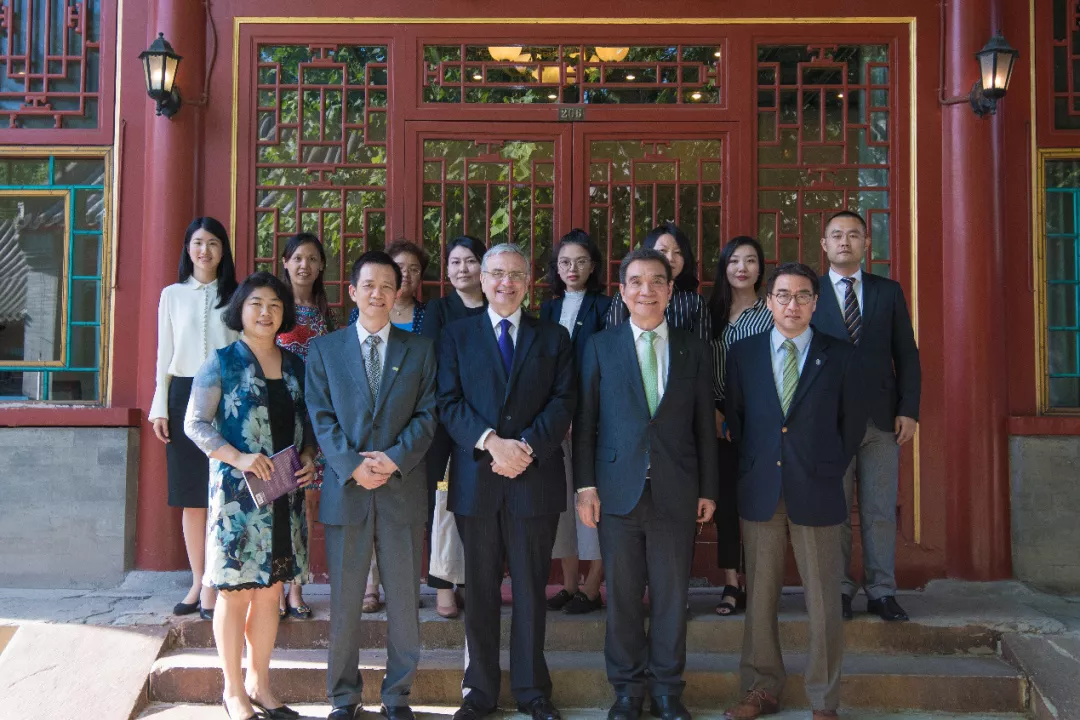