In July 12, 2018, the Fifth New Structural Economics International Summer Camp held a domestic think-tank Session in Peking University. Four outstanding scholars from the Institute of New Structural Economics, Peking University have made a wonderful speech on the characteristics, theories and achievements of the domestic think-tank project of INSE. 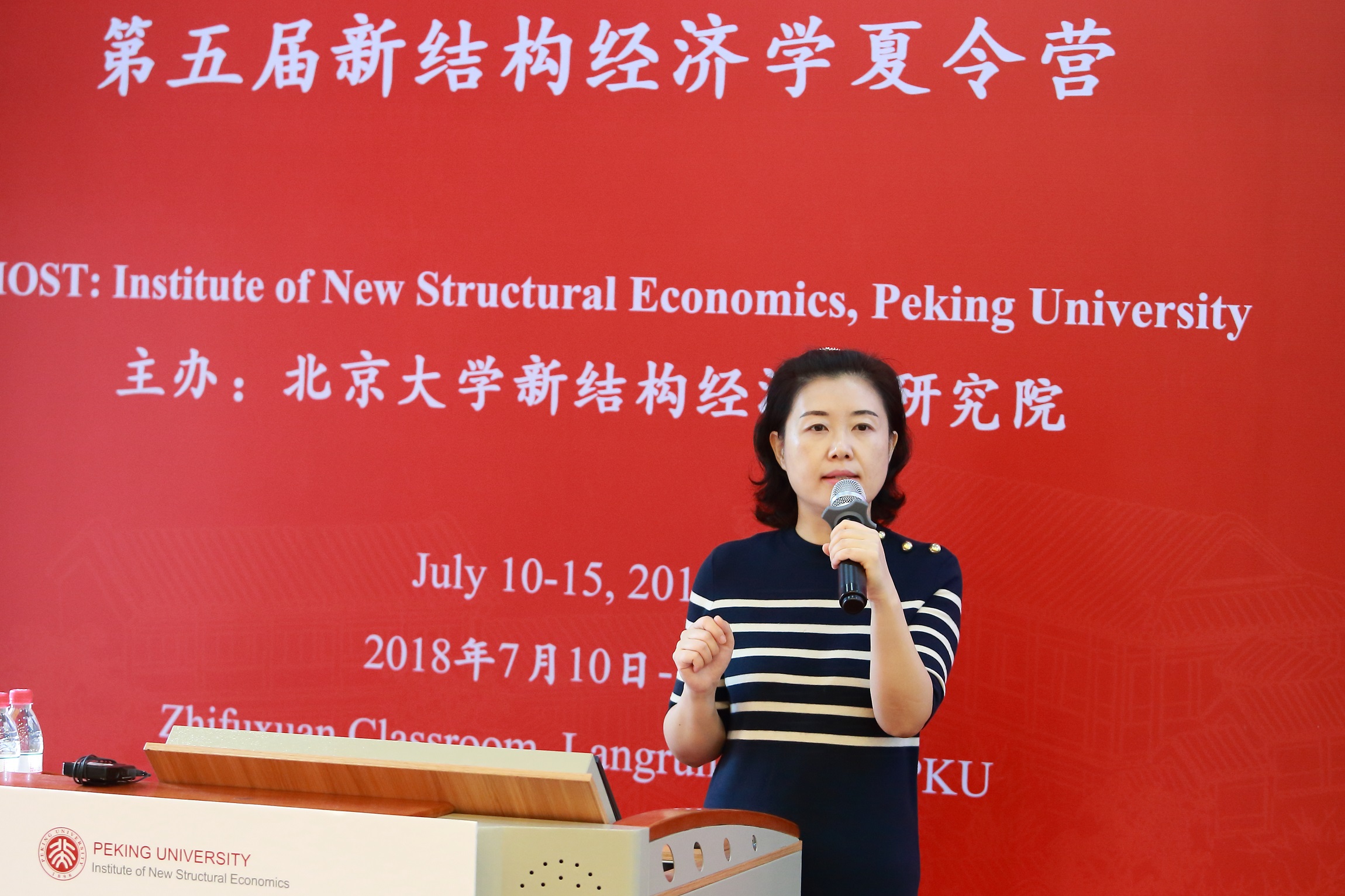 The first speaker was Chief Officer Xi Chen. She gave us a detailed introduction to the domestic think-tank project of INSE from characteristics, projects, cases, achievements and perspective. Chief Officer Xi Chen pointed out that, as the only high-end think-tank with the guidance of independent innovation theory, INSE domestic think-tank, with "effective market and the government" as the theoretical basis, focused on the transformation and upgrading of the economic structure, and has successively undertaken research projects in Hebei, Tibet, Shanghai, Guangdong, Jilin, Shenzhen, Shanxi and other places. Then, she from the perspective of macro, industrial, enterprise, government and research, introduces the research cases of INSE and the fruitful results in the research report, policy recommendations, database establishment, case base construction and internal policy training. In the end, Chief Officer Xi Chen said she hoped INSE focus on academic and case studies in the future, and to rely on the resources of INSE to develop long-term strategic cooperation with local governments and colleges and universities, and to be able to regularly hold a think-tank summit in the near future to allow more outstanding scholars to join the INSE domestic think-tank project. 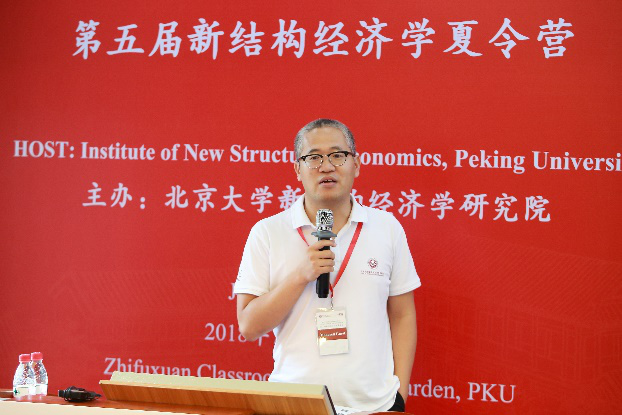 First, from the three lecture, Dr. Zhao Qiuyun first introduced the development of new structural economics. After that, he analyzed the development strategy of county economy from the grass-roots forces in China using the theory of County Situation Strategy and Tactics. Dr. Zhao Qiuyun pointed out that county economy in China has diversity, and there are differences in the development stage, location characteristics, natural resources, human resources, material resources, technical resources, industrial base, etc. So that the specific endowment conditions should be investigated and carefully diagnosed. Under the development strategy of "four factors" (place, time, structural and endowment) in the area of local conditions, regional high-speed development need the regional comparative advantages, such as talent, finance, innovation, regional coordination, enterprise cultivation and investment. Finally, Dr. Zhao used the case of Jinjiang, Guanling Buyi Autonomous County, Qianyang county and Changzhi County as a case to introduce the application of new structural economics in county economy. First of all, an interesting theory was introduced by Dr. Li Hui: the new structural economics on the dining table. The background of this theory is the agricultural supply side reform. Dr. Li Hui hopes to study the basic rules of the agricultural industry upgrade and the important role of "effective market and the active government" in the agricultural transformation. Then, the four stages of industrial transformation and upgrading are discussed with the Gansu Anding stable potato, Hubei Qianjiang crayfish and Sichuan Anyue lemon. The principle that the market plays a leading role in the allocation of resources is taken as the premise, and the government should be described in detail in the infrastructure, finance, human capital, industrial chain improvement and urban brands. In order to overcome the different problems encountered in every stage of industrial transformation and upgrading, we should help enterprises grow to achieve economic development. 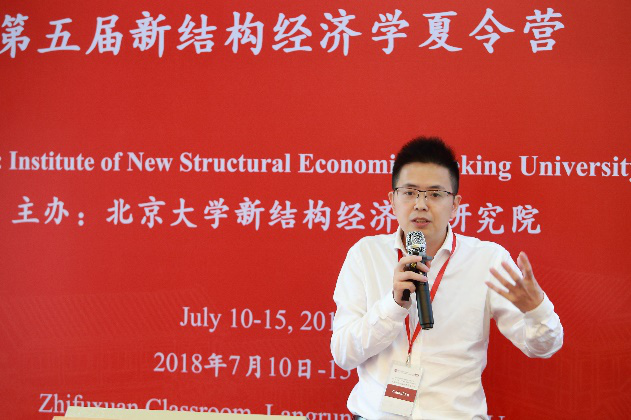 In his speech, researcher Caihui Fu introduced the work that INSE think-tank is doing: introducing the structure comprehensively and systematically into modern economics. The comparison between new structural economics and neoclassical economics shows that the new structure economy is a huge discipline system. Researcher Caihui Fu pointed out that structural change equation is a general model which can study microeconomic and macroeconomic phenomena. With the analysis of the economic data of China, Argentina, Chile, Mexico and other countries and different counties in China, it is proved that the new structural economics has a unique advantage in the study of economic.