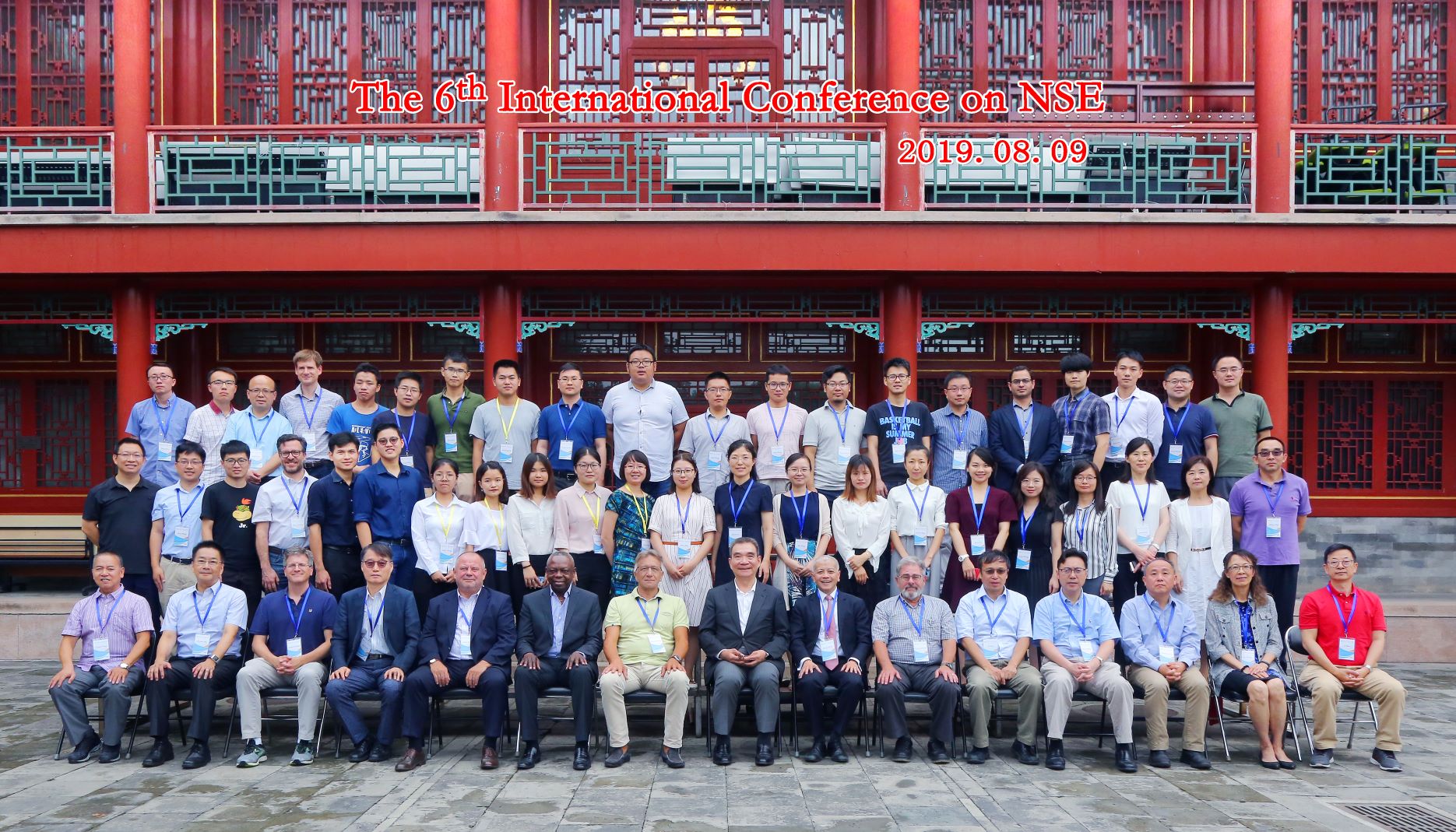 On August 9, Professor Justin Yifu Lin delivered a keynote speech entitled "China's 70 Years of Development and Reflection of Modern Economics" in the opening session of the international conference. He retrospected China's growth experience over the last 70 years, and thought that China's near 10% annual GDP growth since 1978—the fastest sustained expansion by a major economy in history provides a gold mine for economic research. He looked forward to join hands with fellow researchers to drive forward New Structural Economics research, as it endeavors to achieve theoretical innovation by drawing lessons from the development experiences of China and other developing countries.

During the 3-day conference, 16 researchers reported their papers in 5 sessions. Session A of the conference, chaired by Danny Quah, Professor at National University of Singapore, focused on the middle income trap. Ping Wang, Professor at Washington University in St. Louis, opened the session with a presentation themed “Flying or Trapped”. The paper developed a unified theory under which not only a poverty trap but a middle-income trap may also exist. The authors found that improving human capital accumulation efficacy is most important, and suggested that mitigating barriers to human capital accumulation is overall more rewarding than advancing total factor productivity.

Yi Wen, Assistant Vice President at the Federal Reserve Bank of St. Louis, presented a paper on "Case Studies on Middle Income Trap", providing a detailed comparative study across Brazil, Taiwan and mainland China, and possible ways to lift countries out of the middle income trap.

Yong Wang, Associate Professor at INSE, delivered a presentation themed "Sandwich Effect: Challenges for Middle-Income Countries". The paper developed a three-country general equilibrium model with trade and growth to illustrate how mid-income countries can be sandwiched by poorer countries that chase from behind and richer countries that press from front. Yong and coauthors concluded that middle-income countries should optimally allocate resources between boosting productivities of incumbent varieties and enhancing the learning of new varieties.

Professor Keun Lee from the Seoul National University chaired Session B on "Macro Development of China". Yingyao Hu, Professor at Johns Hopkins University, opened the session with a presentation entitled "Illuminating Economic Growth". Using satellite-recorded nighttime lights as a proxy for GDP per capita, Professor Hu and co-authors estimated the elasticity of nighttime lights to income and the distribution of errors in official GDP per capita data in a measurement error model framework. They concluded that the elasticity decreases from well above 2 to below 0.5 as GDP per capita rises.

Jianjun Miao, Professor at Boston University, reported a paper on China's housing bubbles and infrastructure investment. Professor Miao's research studied the impact of housing bubbles on China's real economy, through the channel that local governments use land-sale revenue to fuel infrastructure investment. Professor Miao calibrated the model to the Chinese data over the period 2003-2013 and find that the model can match the declining capital return and GDP growth, the average housing price growth, and the rising infrastructure to GDP ratio in the data.

Session C, chaired by Alojzy Nowak, Dean of the Faculty of Management at the University of Warsaw, examined technology and income distribution. Kaiji Chen, Professor at Emory University delivered a presentation on "Aggregate and Distributional Impact of Housing Policy: China’s Experiment". The paper explores the role of credit conditions in housing booms and busts, and the distributional consequences of housing booms and busts across households of different characteristics.

Lei Fang, a research economist at the Federal Reserve Bank of Atlanta, gave a presentation themed "High-Skilled Services and Development in China". The paper documented that the employment share of high-skilled services is much lower in China than in countries with similar GDP per capita, and argued that large distortions (e.g. a large share of SOEs) limit the size of high-skilled services in China.

In his presentation on "Getting Rich in China: An Empirical Investigation of Wealth Mobility", Junjie Xia, Assistant Professor at INSE, reported three key findings based on their study on the properties of individual wealth growth and mobility in China. First, individual savings play a relatively minor role in explaining individual wealth mobility while heterogeneity in capital gains is the most relevant factor. Second, housing wealth plays an important role in generating wealth mobility due to the high share of housing in household portfolios and the large cross-sectional dispersion of capital gains on houses. Third, wealth mobility increases with households’ debt.

Session D, chaired by Yi Wen, Assistant Vice President at the Federal Reserve Bank of St. Louis, examined the role of government in economic development. Xin Wang, Assistant Professor at INSE, Peking University, opened the session with a presentation themed "Development Strategy and International Capital Flows". She argued that the direction of foreign direct investment flows to a developing country is determined by the country’s development strategy, and developed a simple static model to formalize this idea and test the hypothesis using a comprehensive data with instruments estimations.

Professor Raymond Riezman from the University of Iowa, presented a paper themed "Optimal Infant Industry Policy". In this paper, he built a dynamic model in which the domestic firm has a positive marginal cost of production and a foreign firm has zero marginal cost. Their results are as follows. First, the import quota i.e., the fraction of the domestic market served by the foreign firm, increases over time. Second, when the domestic firm announces that it has transitioned to zero cost, the firm receives a onetime lump sum payment. Finally, protection declines over time. Allowing for costly state verification of private information, the optimal policy is to verify the domestic firm's cost periodically.

Ann Harrison, Dean of the Haas School of Business at University of California, Berkeley, presented a paper themed "Can a Tiger Change Its Stripes? Reform of Chinese State-Owned Enterprises in the Penumbra of the State". Using a comprehensive dataset of all medium and large enterprises in China between 1998 and 2013, the paper showed that privatized SOEs continue to benefit from government support relative to private enterprises. Moreover, both SOEs and privatized SOEs significantly under-perform in profitability compared to private firms. Nevertheless, there are clear improvements in performance post-privatization.

Simon Alder, Assistant Professor of University of North Carolina at Chapel Hill, delivered a presentation themed "Political Distortions and Infrastructure Networks in China: A Quantitative Spatial Equilibrium Analysis". Using the timing of China’s highway network construction and political leadership cycles, he documented systematic political distortions in the road infrastructure network, before using the model to quantify the aggregate costs of distortions in the highway network.

On August 10 evening, Min Zhu, Dean of National Financial Research Institute of the Tsinghua University, delivered a keynote speech themed "China's Move into the High Income Category: Sectoral Productivity Growth and Structural Reform", addressing that sectoral shift along with the productivity growth as two key factors behind China's rapid economy growth since 1978. He argued that, in order to deepen structural reform, China needs to further catalyze market reform, opening up, and digitalization.

Michael Sposi, Assistant Professor at Southern Methodist University, delivered a presentation on "Demographics and the Evolution of Global Imbalances". Using a dynamic, multicounty model, he quantified the effect of demographic changes on trade imbalances across 28 countries since 1970.

Alfredo Schclarek, Assistant Professor at National University of Cordoba, discussed why state-owned national development banks (NDBs) may be better able to provide longer-term lending to firms (investors), in comparison to private commercial banks (CBs). He argued that NDBs can grant longer-term lending to firms (investors) because NDB bonds have more value than the bonds issued by CBs, thus allowing banks to better cope with maturity mismatch risks and liquidity problems in case of needing to make interbank payments.

Professor Justin Yifu Lin concluded the conference by giving gratitude to all the attending participants and staff, without whose support it would never have been possible to make this conference a success. He called on all participants to join hands and drive forward New Structural Economics research.