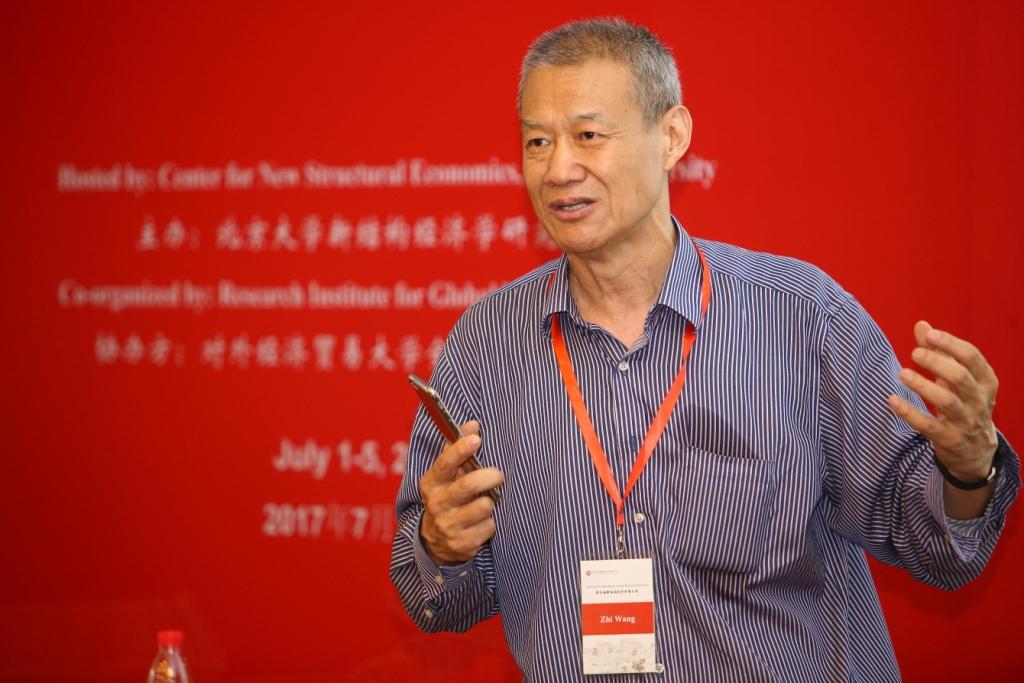 Prof. Zhi Wang, Director of the Research Institute for Global Value Chains at University of International Business and Economics,explained how GVCs can bring benefits to developing countries. Heused examples from ASEAN and South Asian countries to illustrate that China hadtransferred out final goods production in low-technology and labor-intensive industries to developing countries. He further examined whether Sub-Saharan African countries hadundertakenindustrial transfers from China. There waslittle evidence supporting that Sub-Saharan African countrieshad done so, which also explained the fact that these countries playedlittlerole in GVCs. He identified high unit labor costs, prohibitive trade costs, and poor institutions as three main determinants for Sub-Saharan African countries’low level of participation in GVCs. 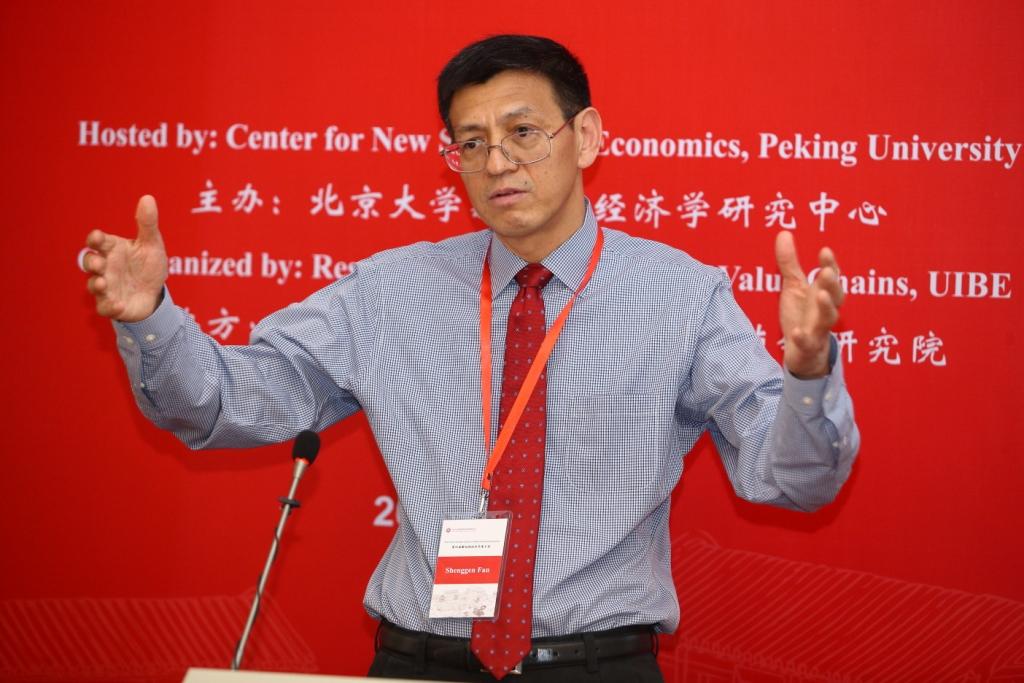 Dr. Shenggen Fan, Director General of the International Food Policy Research Institute,introduced challenges that agri-food systems were facing in China and beyond, including domestic-international grain price disparities, overstock of grains, environmental degradation, rapid urbanization, nutrition imbalance, and food safety concerns. He further pointed out that innovations in technologies, policies, and institutionscan help reshape the systems. Healso showed that China has the potential to play a major role in global food security and nutritionthrough internationaltrade and FDI, especially for Africa. He further suggested that China can convert the potential to reality by supporting global and regional institutions, increasing capacity to engage in global issues, investing in international agricultural R&D, and establishing a monitoring and evaluation system. 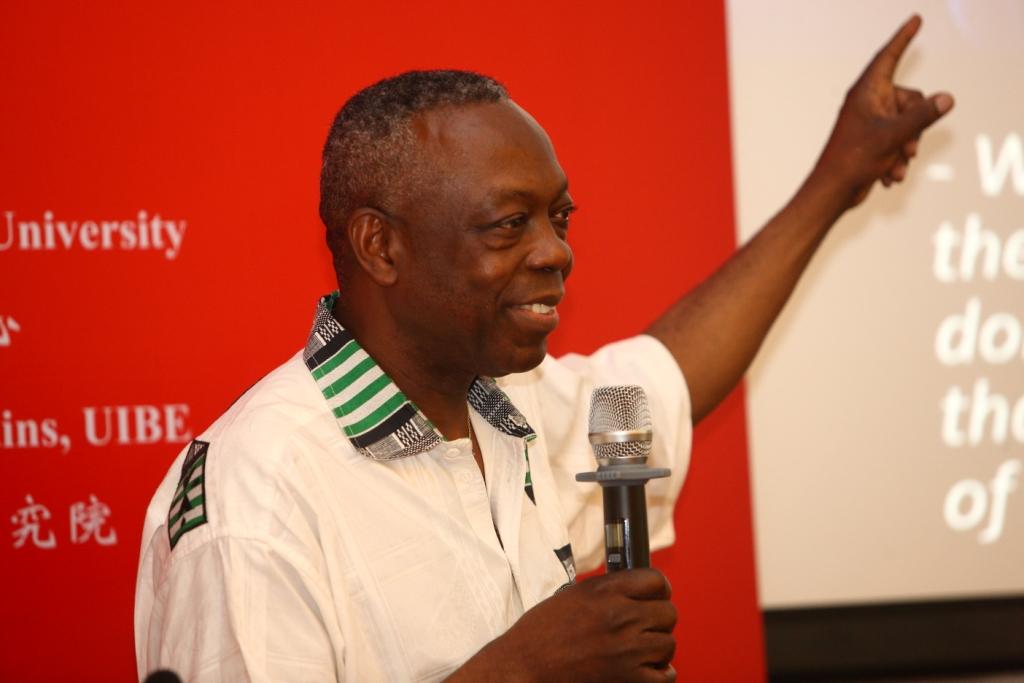 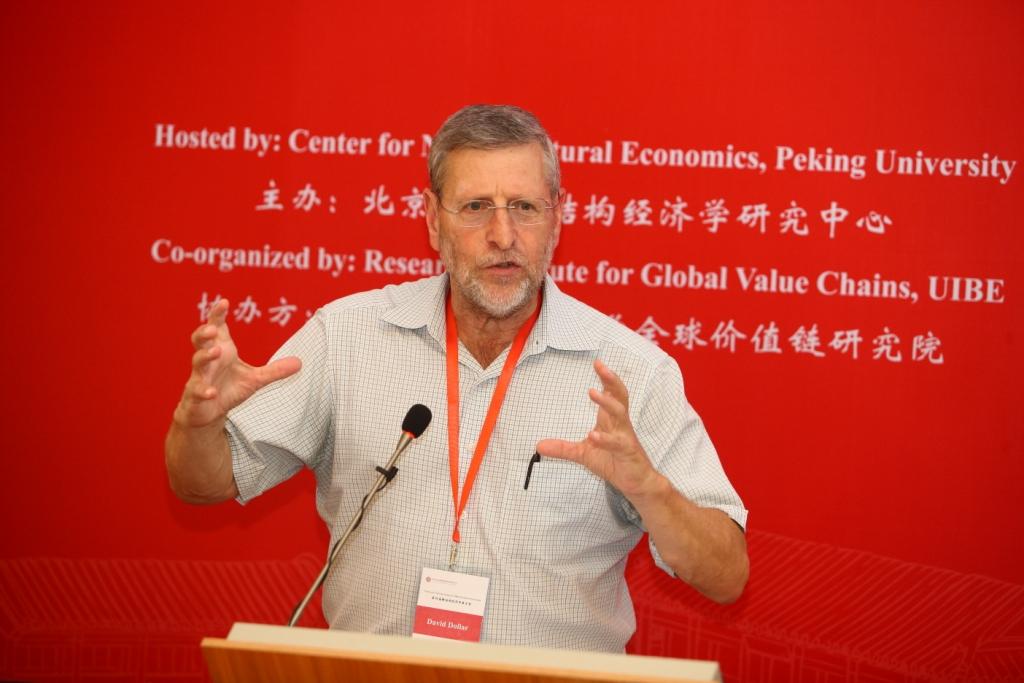 Dr. David Dollar, Senior Fellow in the John Thornton China Center of Brookings Institution, showed that most African countries did not connect to the three inter-related production hubs (USA, Germany, and China). He identified high unit labor costs andlow logistics performance as the main obstacles. In addition, the rule of law was important for participation in GVCs. He also found that China’s share of external financing for African infrastructure was significant and Chinese financing mainly targeted transport and power. He recommended African governments and civil society to liberalize services and improve logistics, utilize external finance for critical infrastructure, make regional agreements, and encourage the shift of labor-intensive GVCs from China to Africa. 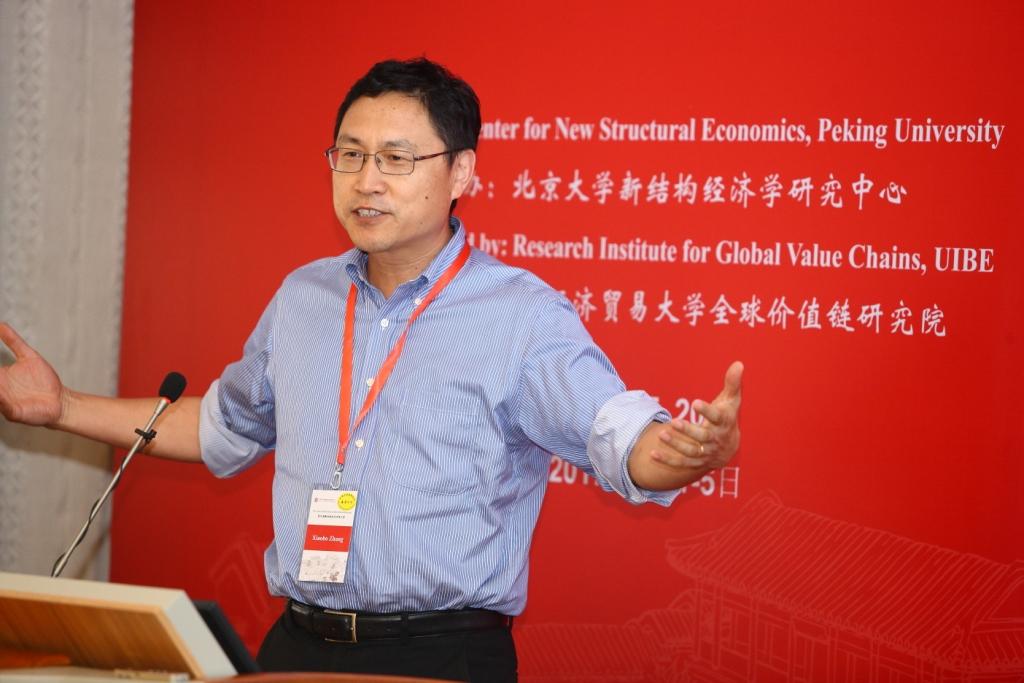 Prof. Xiaobo Zhang, Professor of the National School of Development at Peking University, began his presentation with the debate about the size of farms and labor division in agricultural production. He attributed the good performance of China’s agriculture to specializedmechanization service in the context of small farm sizes, aging, and rising wages. In this process, both the central governmentand the local governments helped promote the service. Bycomparinglessons of mechanizationfromMyanmar, Ethiopia, and Ghana, he also suggested that relying on concession loans may hurt the recipient countries. He recommendedthat the Chinese industry can bridge the demand in Africa and the production capacity in China, by modifying existing technologies to meet local needs. 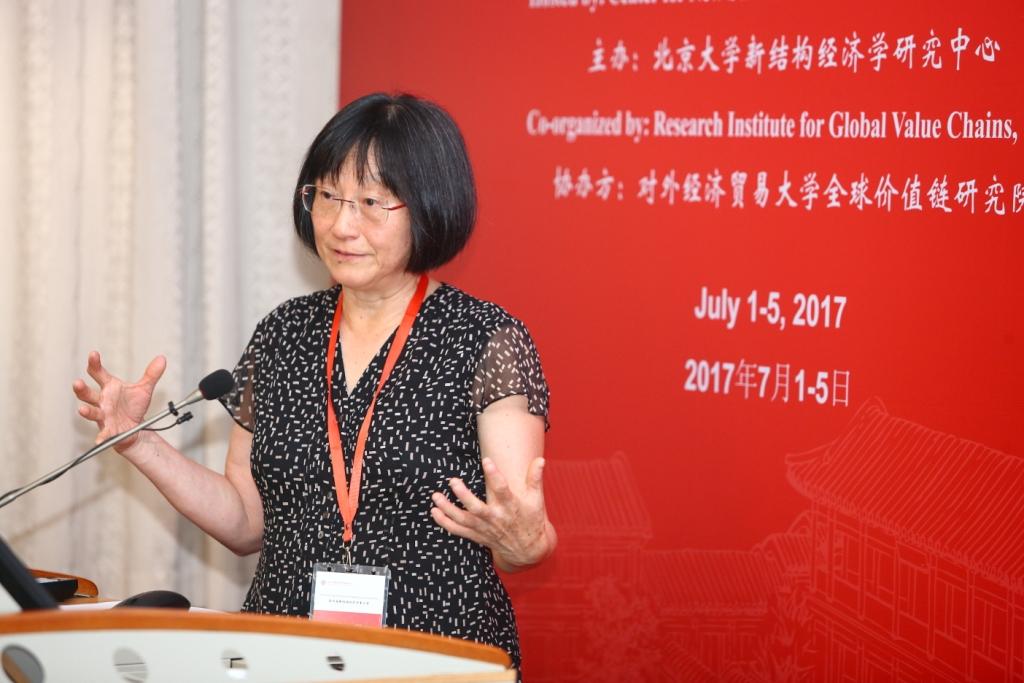 Dr. Xiaofang Shen, Senior Visiting Fellow of the Center for New Structural Economics at Peking University, introduced the theories of New Structural Economics (NSE) and theapproach ofGrowth Identification and Facilitation for Industrial Upgrading and Diversification(GIFUD). NSE emphasizes the identification of sectors according to the economy’s latent comparative advantages and the use of policies to facilitate rather than protect the prioritized sectors. GIFUD builds upon the evidence of successes in recent world history.Using the cases of Senegal and Ethiopia, she showedhowNSE and GIFUD are relevant to African countries and specified the three phases—analysis, policy recommendations, and implementation—of the GIFUDconceptualframework. She concluded that countries can fast-track new industrial sector growth by targeting and facilitating investment.

Dr. Yan Wang, Senior Visiting Fellow of the Center for New Structural Economics at Peking University, pointed out that structural transformation and some of the more effective instruments to facilitate structural transformationhad largely been neglected.Thus, there remained the need to “go beyond aid” with a broader concept including trade, aid and investment for development objectives. China hadcomparative advantages to achieve win-wincooperation with African countriesin infrastructure, in 45 out of 97 sectors, and in patient capital with long term orientation, suitable for enhancing connectivity for GVCs. Finally, she suggested that we expand the definitions of development financing and allow two-way learning in cooperation between China and other emerging economies. 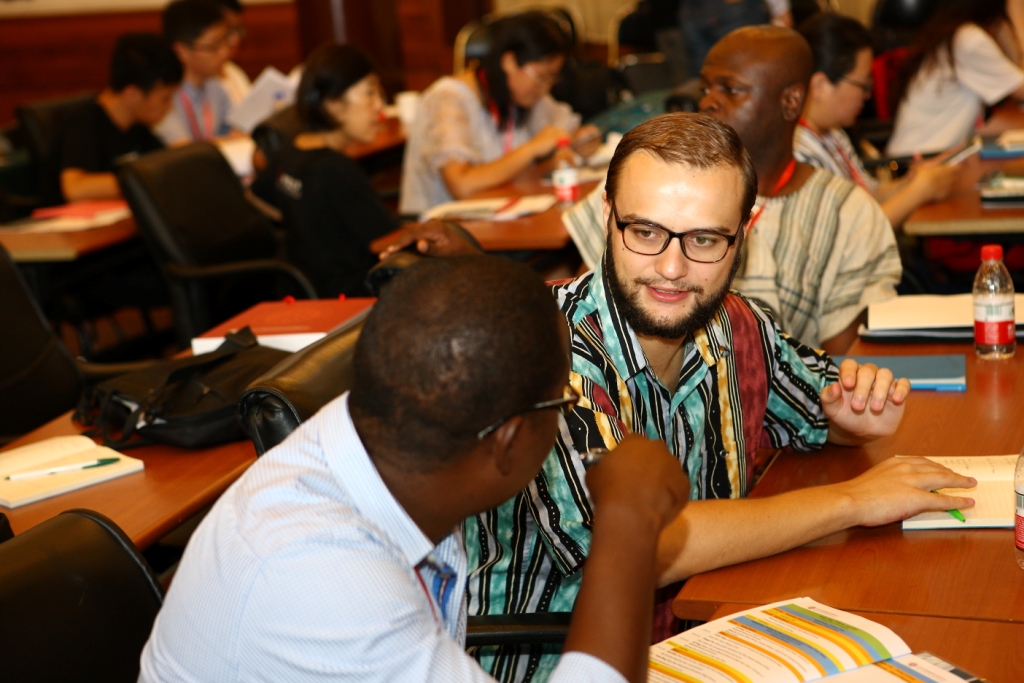